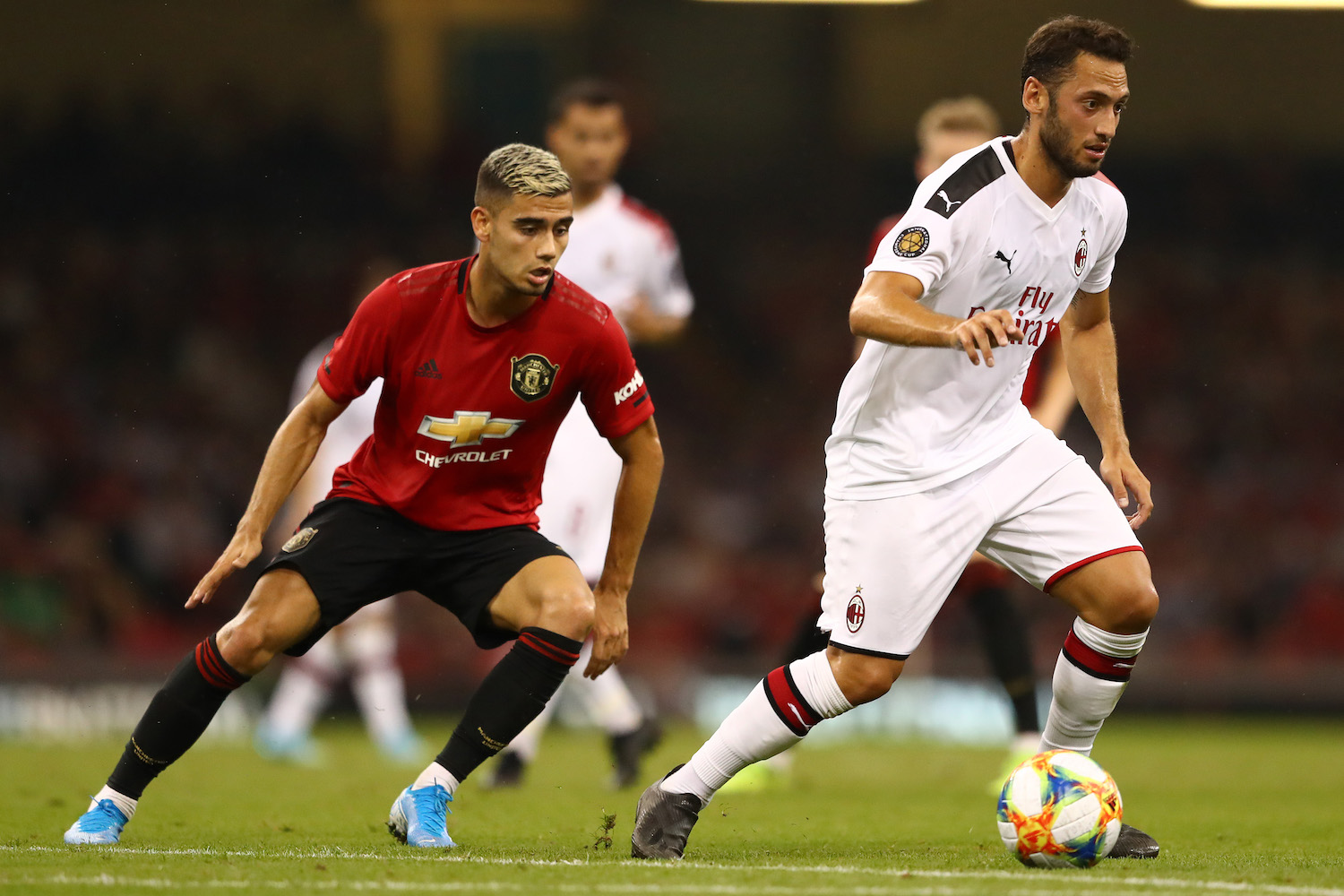 The Rossoneri lost 5-4 in the shootout in their final game of the International Champions Cup at the Principality Stadium.

After Rashford had given United an early lead, Milan hit back through goals from Suso and Samu Castillejo either side of half-time.

Jesse Lingard levelled in the second half and the game went to penalties, with Daniel James netting the decisive spot kick for the Red Devils after Daniel Maldini had missed.

Calhanoglu, who had an impressive game, believes it was an important experience for the team.

“We put in a solid performance and we did well overall,” he told reporters after the match.

“We defended well and we controlled large parts of the game. We are satisfied by our effort and we want to thank the fans who followed us here in Cardiff.”