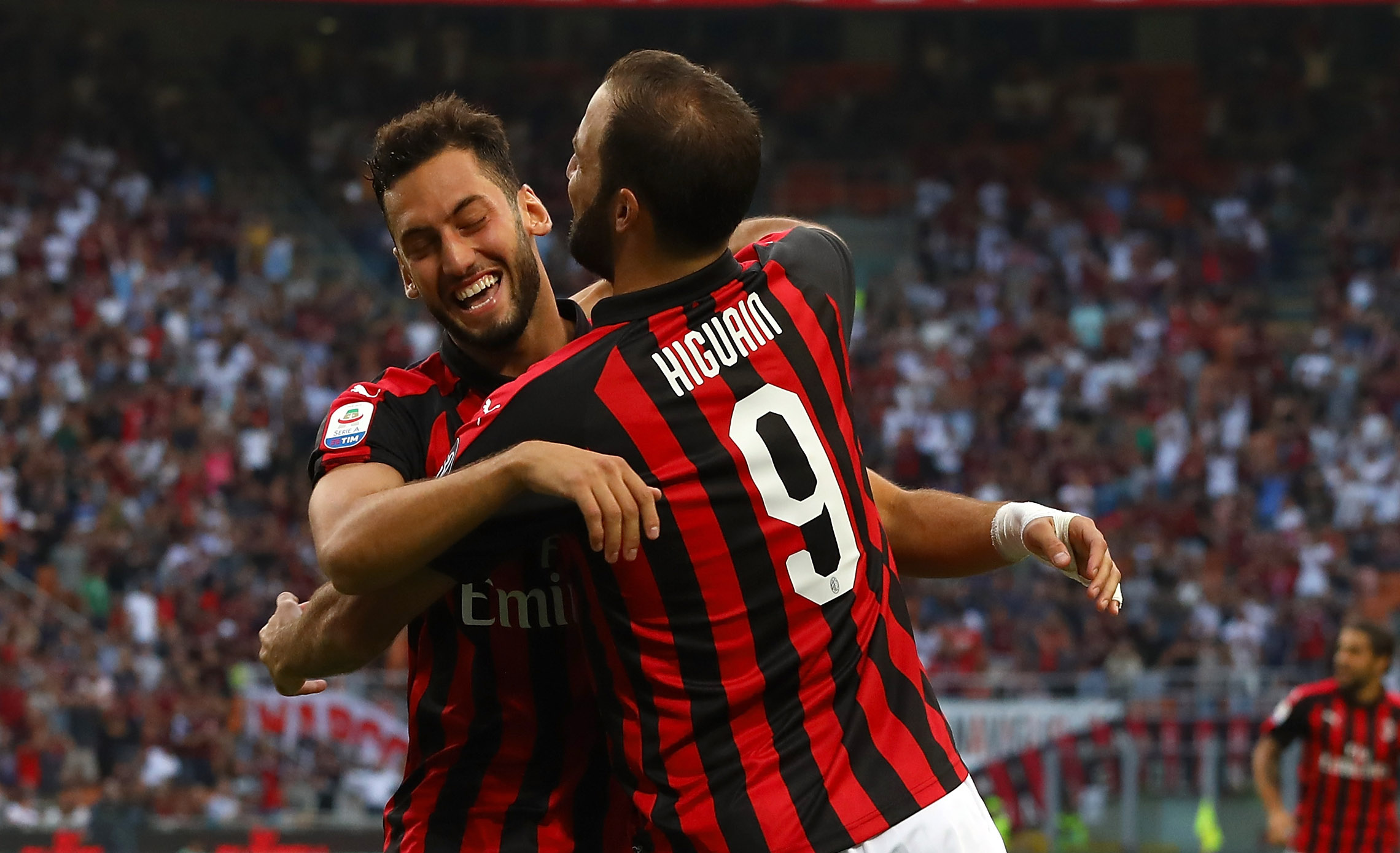 Calhanoglu: “I’m sad that Higuain left, but Piatek has settled right away”

AC Milan midfielder Hakan Calhanoglu has admitted that he was upset to see Gonzalo Higuain leave the club.

Higuain cut short his season-long deal with the Rossoneri in order to reunite with former boss Maurizio Sarri at Stamford Bridge.

Krzysztof Piatek has arrived as his replacement, scoring three goals in his first two competitive starts for Gennaro Gattuso’s side.

“I got on well with Higuain, I’m sad that he left but I wish him well,” Calhanoglu told Turkish news agency DHA.

“Piatek is here now and I get along with him, he’s settled right away.”

“We’re in the Champions League places, but we have to continue like this because the teams behind us are also close.

“This is very important for me, the goal is always the Champions League. Milan haven’t participated in this competition for several years.”