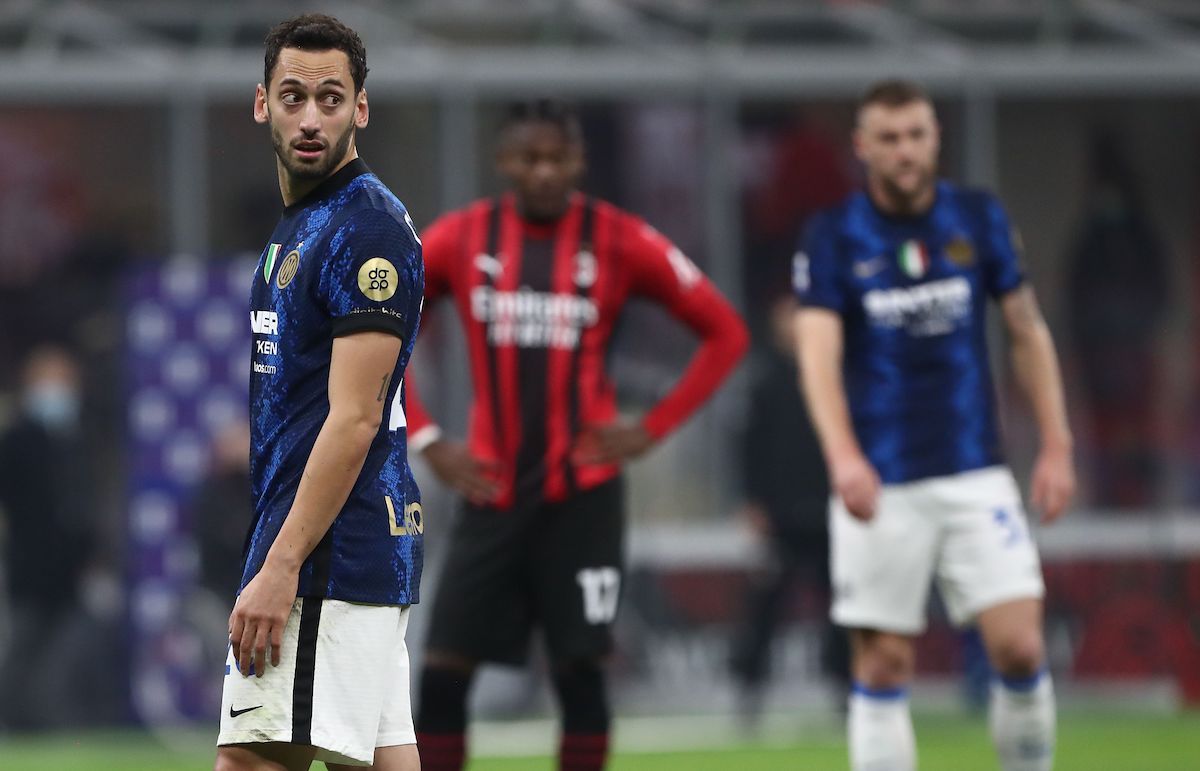 Tuttosport: Calhanoglu got frosty reception from former team-mates after derby – only one player greeted him

There was only one AC Milan player who said a word to Hakan Calhanoglu after the 1-1 draw against Inter on Sunday night, a report claims.

The newspaper Tuttosport (via NotizieMilan) have given some further details on what happened regarding Calhanoglu during and after the derby. Of course, the images of Alessandro Florenzi infuriated with the Turkish player – due to his provocative celebration towards the Milan fans – have donee the rounds on social media.

However, the ex-Roma winger was not the only one who did not like the attitude of Calhanoglu as other players on the Rossoneri bench made their anger known.

The No.20 got a frosty reception after the game too, as Alexis Saelemaekers wanted to say hello to his former team-mate because the two are very close friends off the pitch, but he was the only Milan player who made any attempt to greet Calhanoglu after the full time whistle.