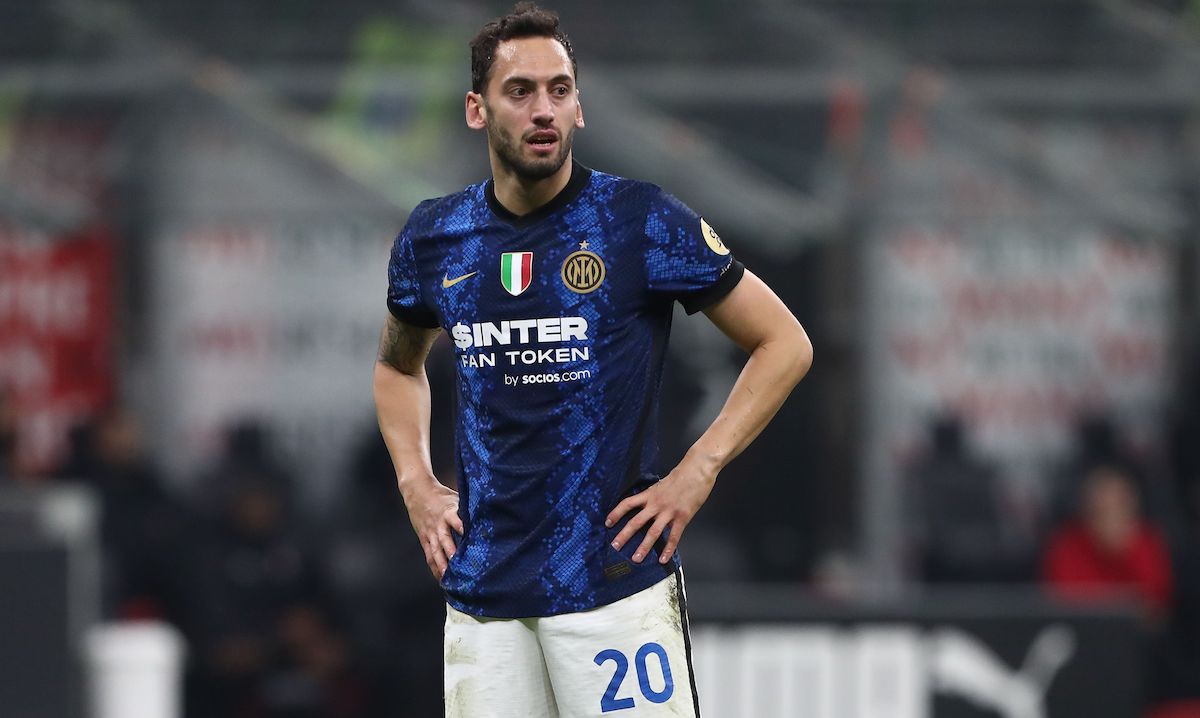 Calhanoglu reveals why he left Milan for Inter and claims: “I still have many friends there”

Hakan Calhanoglu has once again fanned the flames regarding his AC Milan exit as he has claimed he has ‘many friends’ at the club.

Calhanoglu made the decision not to extend his contract with Milan when it expired last June and instead to start a new adventure across the Navigli with the Rossoneri’s rivals Inter, where he has had a mixed start but did net a penalty against his former club in the derby.

Interviewed in the 433 podcast , the former Milan No.10 gave the reason for his controversial transfer to the Nerazzurri with his statements transcribed by MilanNews.

“I spent positive seasons at Milan. I still have many friends there. I decided to go to Inter because I wanted a new challenge in my career,” he said.

“They are a great club, they won the league last season and play in Champions League. I know that mine was a particular choice but this is life: you have to look forward and not backwards. Before deciding to stay in Milan, I asked all my family. Inter have always been a great team, they often beat Milan in derbies.”

Tuttosport (via NotizieMilan) recently gave some details on what happened to Calhanoglu during and after the derby. They claimed the No.20 got a frosty reception after the game too, as Alexis Saelemaekers wanted to say hello to his former team-mate because the two are very close friends off the pitch, but he was the only Milan player who made any attempt to greet Calhanoglu after the full time whistle.

READ MORE: Maldini and Massara look to the future – negotiations on over signing of teenage trio