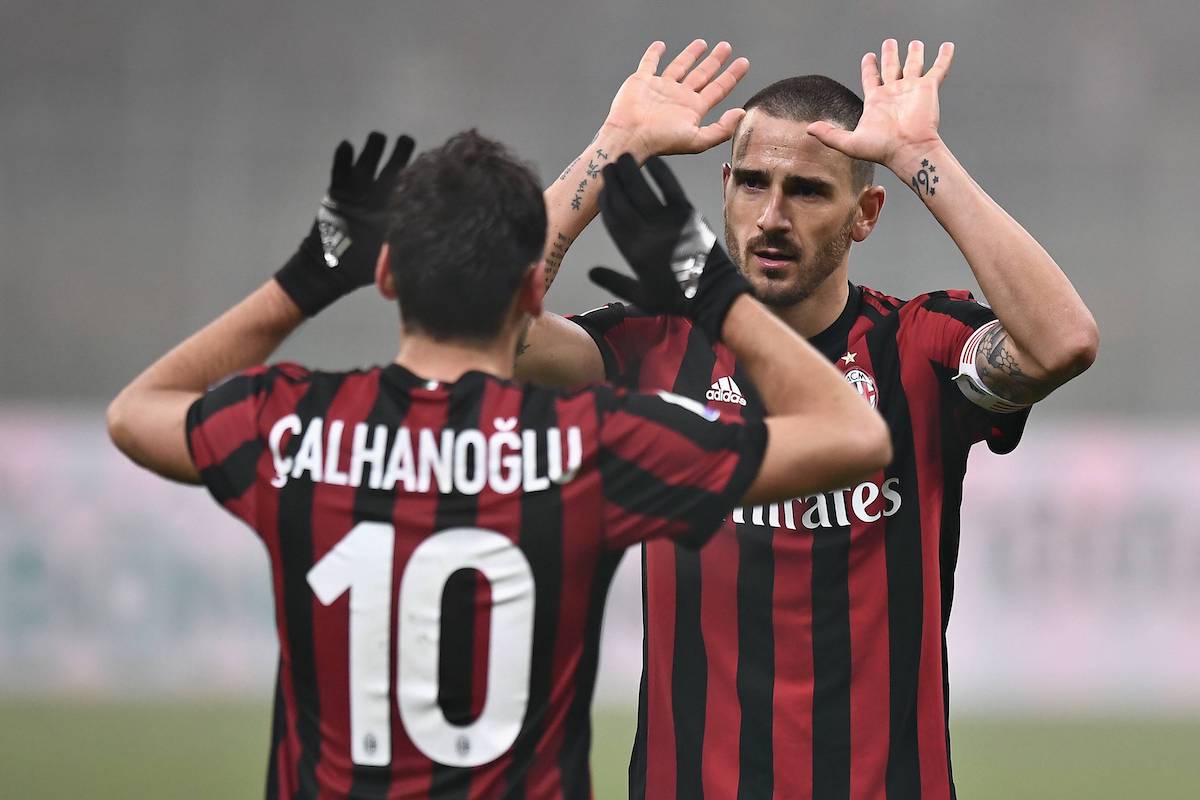 Hakan Calhanoglu has revealed that he has spoken with Italy’s Leonardo Bonucci ahead of their game against Turkey tomorrow.

The European Championships will get underway on Friday night as Italy host Turkey at the Stadio Olimpico in Rome, with Calhanoglu hoping to put a season of inconsistency behind him by performing well in a major tournament.

With his contract expiring at the end of the month there has been an abundance of speculation recently stating that Calhanoglu could reconsider his decision not to accept Milan’s offer due to a lack of interest from other clubs, but Juventus have been repeatedly mentioned as a potential destination for the 27-year-old.

Speaking to Sky Italia, Calhanoglu spoke about the match between Turkey and Italy with his words transcribed by MilanNews and translated below.

“For me it will be a very special match. I play in Italy, and taking the field in an Italian city is special for me and for my Turkish team-mates who play for the Italian teams. I also spoke with Bonucci on the phone, it was a fun conversation. They know our team well, they know our players. They take us seriously,” he said.