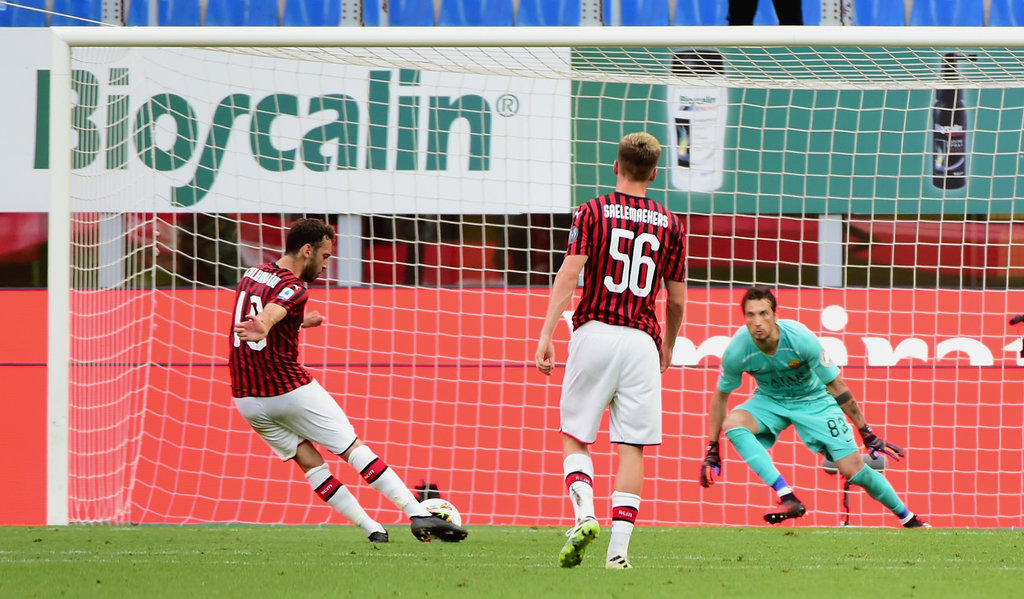 Calhanoglu thanks Kessie and praises his teammates: “We put our hearts into it”

The first half between AC Milan and Roma was dull to say the least, with both sides failing to create chances. Luckily, the Rossoneri managed to make the most of their opportunities in the second half, bagging two goals.

Ante Rebic opened the scoring after a scrappy situation and Hakan Calhanoglu followed up with a great penalty strike. Just like against Lecce, the duo was decisive and Stefano Pioli will surely be happy with the result.

In an interview with DAZN, as cited by MilanNews.it, the Turkish midfielder spoke about the game, the difficulty of playing in 35 degrees celsius and also compared the first half with the second one.

“We had a great game, it wasn’t easy to play in 35 degrees. We put our hearts into it, our goal is to win and keep winning.

“At the beginning it was hot, we also created opportunities. In the second half, we did everything well, Roma were a little tired at the end, but we have to look only at us,” he began.

When Milan were awarded the penalty, many expected Franck Kessie to step up as he’s the designated penalty taker in Zlatan Ibrahimovic’s absence. However, the Ivorian agreed to let Calhanoglu take it given the form the Turk is in.

“In Germany, I have always shot them. Kessie? He always scores from the penalty spot but I was sure of scoring, we spoke before the penalty, I thank him. The most important thing is to score.

“Leao? He did well when he entered, he has a lot of talent. He has to do more, he just needs a little mentality, we have to help him,” he concluded.

READ MORE: Milan would have to pay just €25m to land winger in red hot form – the latest