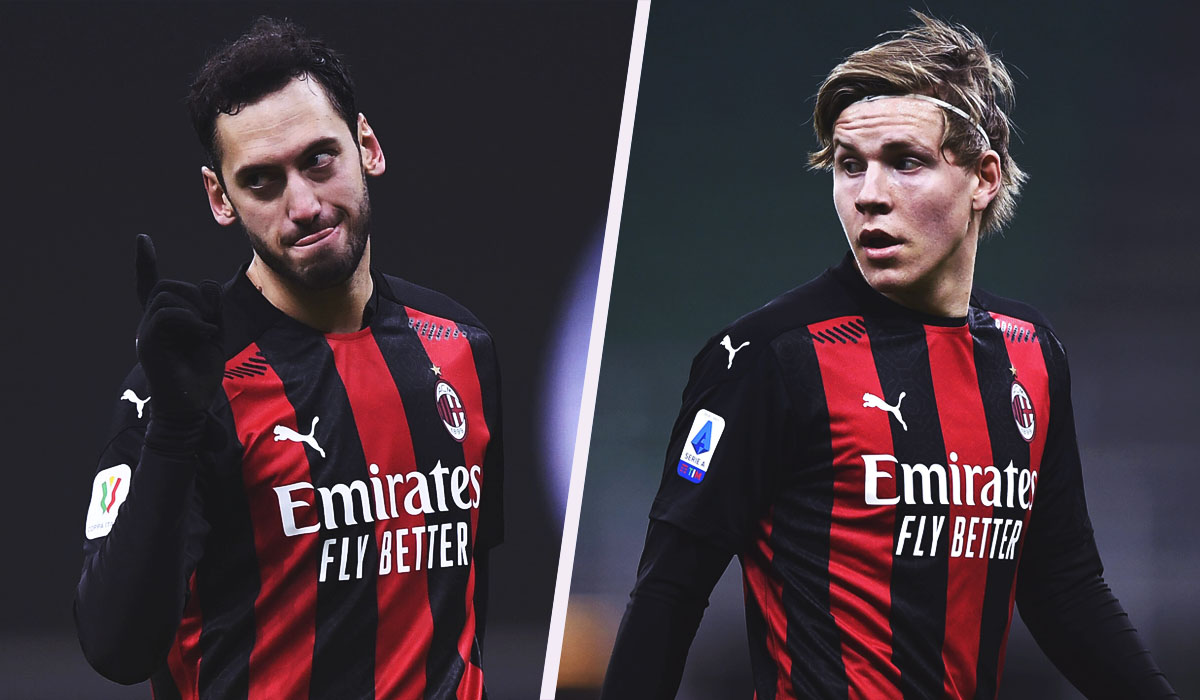 Calhanoglu urges Hauge to stay at Milan instead of loan: “His time will come”

Jens Petter Hauge had a very promising start to the season, scoring in the Europa League and against Napoli in the league, but he has since struggled. However, his teammate believes his time will come.

In 2021, the left-winger has played just 288 for Milan and most of his appearances have been short ones off the bench. At the age of just 21, it’s obviously hard to earn your spot if you don’t get enough playing time, which has been the case for Hauge.

Speaking to Norwegian outlet VG, the former Bodo/Glimt man’s teammate Hakan Calhanoglu sharted his thoughts on the situation and urged Hauge to stay. A loan move has been discussed for next season, but the No.10 dismissed this.

“It’s a question for his agent. But if you ask me, I would ask him to stay and fight his way into the team. He has a lot of quality, and if he works hard and does his best, he can become part of the starting line-up.

“First of all, I want to say that I like Jens as a person, he’s a nice type. He’s young. It’s a big step for him to go from Bodo/Glimt to Milan. But when he gets the chance, he always does a good job. He works a lot and I have faith in him. He has great talent. I’m very happy to play with him.

“He has to work. He must believe in himself. It’s not easy to play in the starting line-up, we have many quality players, so he has to take his time. He must work more with the tactical and what the coach demands of him, but his time will definitely come,” he stated.

It remains to be seen if Hauge will remain at the club for next season or if he will be loaned out, though it’s clear that Milan won’t sell him. After all, the youngster is still a very promising and interesting player.