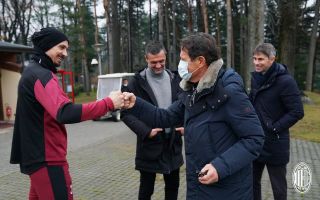 Capello reveals why he is so impressed by Milan: “Training the other day left me speechless”

Former AC Milan boss Fabio Capello has revealed that he was left ‘speechless’ by a recent visit to the club’s training ground.

As Milan sit on the top of Serie A after the first 21 rounds of the season, their performances of late have been in stark contrast to what the Rossoneri faithful have experienced in the past decade.

One man who did not see this coming is former manager, Capello, who was quick to point out his surprise at Milan’s rise to the top during a recent interview.

As Sky Italia revealed, Capello was as a guest at the Milanello sports centre last Friday and he watched the Rossoneri train while meeting Zlatan Ibrahimovic, Ricky Massara and his old friend Maldini.

Capello spoke about Milan during an interview with Sky Italia and he was asked about his visit to the club’s training ground.

“I went to see Milan training and I liked the team very much. There is joy, team spirit and the desire to do something and this is very important,” he said (via MilanNews).

“The team have plans that are well visible. Milan have come so far even with many absences and therefore I believe that this team can aim for the title even if Inter are a mature and robust team. Milan is a fun team and training the other day me left speechless.”