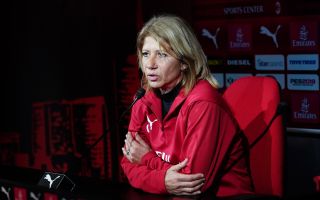 Gennaro Gattuso didn’t just play for Milan, but he was also the manager of the club for a little over one and a half season. Currently, the 43-year-old is unemployed after falling out with Fiorentina.

Gattuso agreed to join the Tuscan side but quickly fell out with the management over the transfer strategy, based on various reports. Therefore, he decided to walk away from the job and was then linked with the position at Tottenham.

However, the Spurs fans started the hashtag #NoToGattuso and urged the club not to hire Gattuso, accusing him of being homophobic and sexist. While Tottenham have now backed down, it wasn’t a good look for the Italian manager.

On her Twitter page, Carolina Morace came out to defend Gattuso. The former Milan Women coach made it very clear that what has been mentioned in recent days isn’t the reality based on her encounters with the manager.

“Rino Gattuso and I have been working together at Milan, and, since then, we have never stopped to discuss and share professional ideas and views. Gattuso is against any form of discrimination, and is a person with rare gifts. Those who say the contrary do not know him at all,” she tweeted.