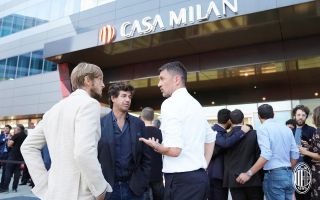 The hypothesis has emerged this morning that AC Milan’s decision to sell their headquarters could raise some capital for the January transfer window.

This morning’s edition of La Repubblica (via MilanLive) talks about two reinforcements that would be useful for Milan in the winter transfer market, with the first one obviously being a new recruit for the defensive department given that Simon Kjaer is out for the rest of the season.

However, the Rossoneri are also in need of a dynamic and young forward who can offer support to the ageing duo of Zlatan Ibrahimovic and Olivier Giroud. Paolo Maldini and Ricky Massara could use some of the €20m in capital gains that are coming from the sale of Casa Milan, the Rossoneri’s institutional headquarters.

A few days ago the decision was made to transfer the ownership of the building to a real estate fund, while Milan will remain there and rent the building. Milan bought it back in February below the market value for around €42m but were looking for a buyer to generate a sizeable profit, and that is what they got.