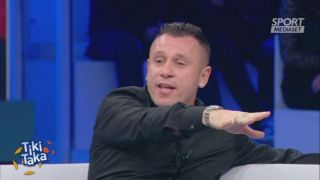 Franck Kessie is in extraordinary form and this hasn’t gone unnoticed. In today’s Italian newspapers – as you can see here – there was a lot of focus on the Ivorian midfielder, who is absolutely crucial for Milan.

Last time out, when the Rossoneri faced Man Utd at Old Trafford, Kessie was simply outstanding and he was a true leader for the team on the pitch. He also scored a wonderful goal, but it was controversially disallowed for a handball.

Antonio Cassano, the former Milan player, has previously criticised Kessie for his performances with the red and black shirt. However, speaking on Bobo Vieri’s Twitch Channel (via MilanNews), he revealed his mind has completely changed.

“Kessie is impressing me. I had my doubts but now he’s doing something amazing. I don’t know if there is a team he can’t play for as a starter. He could start for Bayern and Barcelona without any problems. He is impressing me for quality and quantity,” he stated.

Milan will take on Napoli tomorrow evening and it will be a very important game for the standings, as the Partenopei are looking to catch up. The Rossoneri, on the other hand, want to keep their second place and put pressure on Inter.