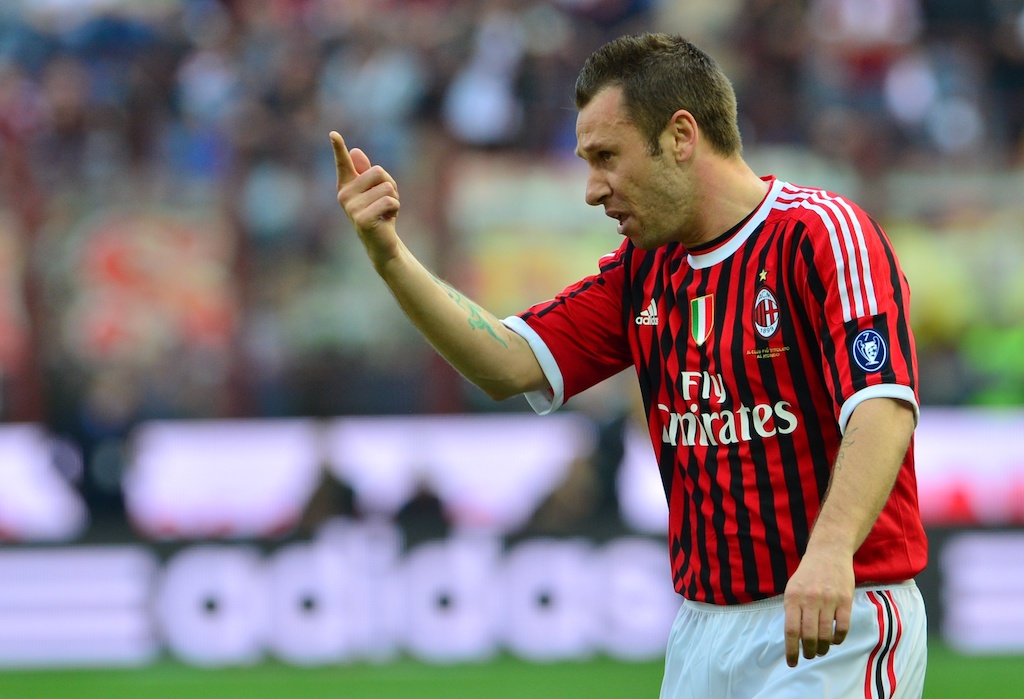 Antonio Cassano is certainly a divisive figure amongst the AC Milan fan base, and he has revealed some information about his exit in 2012.

Cassano’s time at Milan lasted just a year and a half. He joined in January 2011 from Sampdoria after Ronaldinho’s farewell, with Adriano Galliani deciding to address the need for a more creative forward to help Zlatan Ibrahimovic.

He would depart in summer 2012 after eight goals in 40 appearances and two trophies won (the Scudetto and the Italian Super Cup), eventually moving to Inter as part of an exchange involving Giampaolo Pazzini.

Since then however he has incurred the wrath of some who believe he has been disrespectful to Milan in a number of ways. In an interview granted to Sky Italia, he tried to reveal the background on his exit.

“I have always spoken well of Milan, how I found myself and the Scudetto that we won. There I only had problems with Galliani, because I wanted a contract renewal,” he said (via MilanLive).

“The club dealt with the extension only of those who had only one year of contract, while I had two. Instead I wanted to renew, then Inter was looking for me and then I broke through the tear that had been created after the problems with Galliani.

“But at Milan I have never had problems with the club. It was a sensational experience and if I hadn’t had a heart problem I’m sure we would have won the second championship too.”

Cassano suffered from an atrial septal defect that affected him on his return from the trip to Rome in October 2011 and was only allowed to return five months later, with Milan narrowly missing out on a second Serie A title in two years that season.