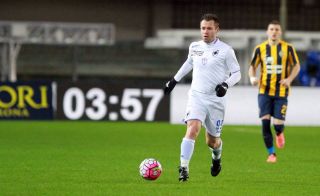 Cassano: “The Rossoneri are having problems, all the players are struggling”

Former AC Milan striker Antonio Cassano believes that the Rossoneri’s title hopes are over and the club are having ‘problems’.

Napoli inflicted further damage on Milan’s Scudetto dreams after edging out a 1-0 victory at San Siro on Sunday. Gennaro Gattuso’s men went ahead just after half-time when Matteo Politano low shot was drilled under Donnarumma into the bottom corner.

Ex-striker Cassano was critical of the Diavolo’s performances, citing physical problems have taken over the club.

Speaking to Bobo TV on Twitch via (MilanNews), Cassano said: “More than talking about Napoli, which has now found its compactness with Mertens, I would dwell more on Milan than in the last month. The fear was to hold up the confrontation with Inter to the last given the many close matches and the squad available.”

A series of intensive matches have taken Milan’s calendar by storm, which Cassano was quick to point out for the ‘struggling’ form.

“The Rossoneri are having problems, all the players are struggling. The team is in difficulty not at the level of the game, but at the physical level.”

Inter are effectively running away with the Scudetto, now opening up a nine point gap above second placed Milan.

“The point is that the others behind are now arriving. And in the meantime, Inter yesterday gave the final blow, definitively closing the Scudetto speech. A resounding disaster would be needed to reopen the race for the title,” he said.

With Juventus one point behind Milan on 55 points, and possessing an extra game in hand, the Rossoneri ecstatic start to the season now looks weary and drained out. Inter Milan are now the favorites to win Serie A.