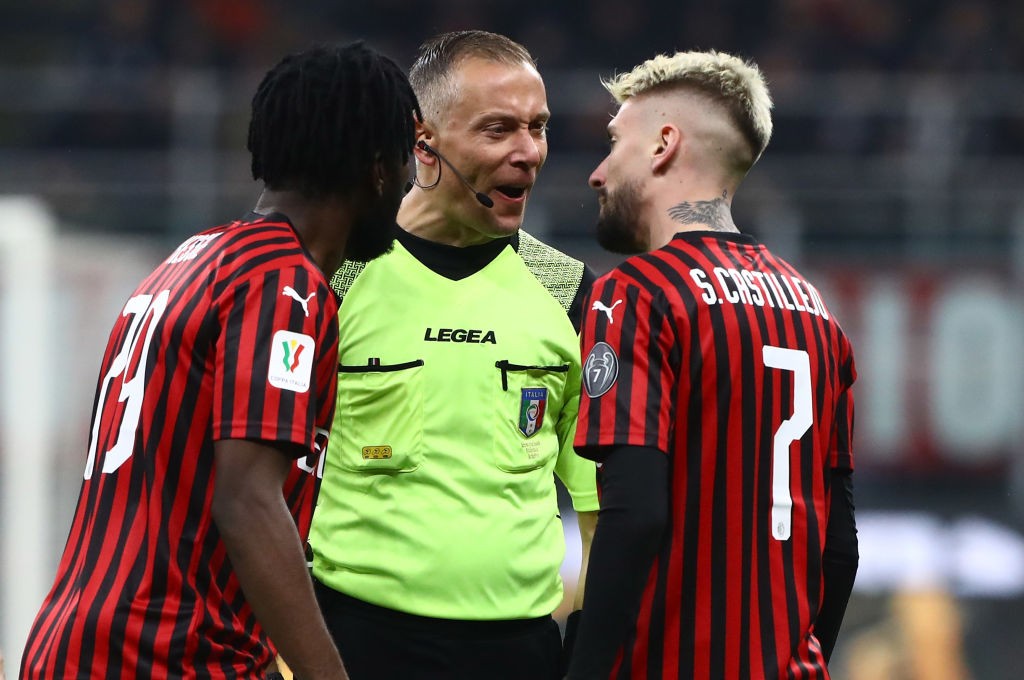 Milan and Juventus played out a 1-1 draw at San Siro on Thursday night in the first leg of their Coppa Italia semi-final, but it was full of controversy.

After Ante Rebic had given the Rossoneri the lead with a second half volley, Theo Hernandez was shown a second yellow card and was subsequently sent off.

Then, in the closing stages of the game Valeri decided to award a penalty to Juve after a shot from Cristiano Ronaldo hit the arm of Davide Calabria from around a yard away.

The Portuguese tucked away the spot kick to ensure it would be all square heading into the second leg.

After the game, Castillejo spoke to Milan TV’s microphones, and his words were transcribed by MilanNews.it.

“After the derby, it was difficult to play. Juve are very strong, but we had a great game,” he said.

We deserved the victory. At the beginning of the year they said that when the defenders jump and the ball hits the arm it is not a penalty. So I don’t know why he whistled it. We have given everything, now we think of Turin.”

On his suspension for the second leg: “When he whistled that foul that wasn’t there I got very angry and I had that reaction. It wasn’t a foul.”

On the return: “We are a great team, we also showed it in the derby. Too bad for the final tie, the 1-0 was good. Now let’s think about the championship, then we will prepare our best for the return”.