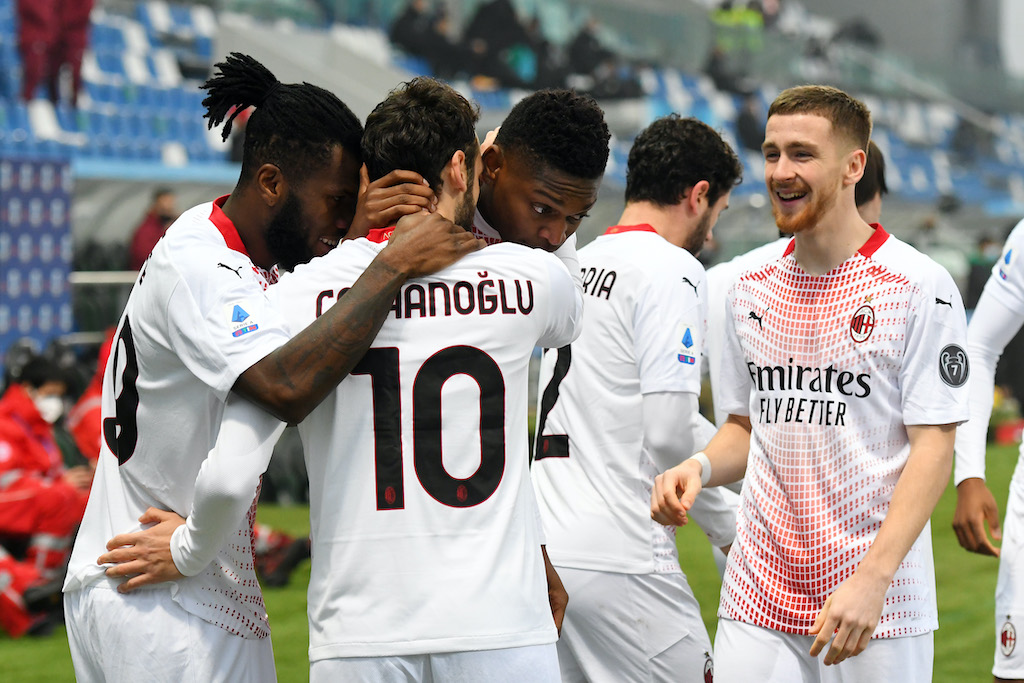 Catching Barcelona and Leao breaks records: All the key stats from Milan’s win over Sassuolo

AC Milan pulled out a fantastic performance and three points against Sassuolo on Sunday despite battling a host of injuries to key players.

Rafael Leao scored after just over six seconds (yes, six seconds) to give the Rossoneri the lead and Alexis Saelemaekers doubled the advantage. Below are the key match facts, via the official website…

➤ Rafael Leão scored the fastest ever goal in Serie A (after 6 seconds), overtaking the previous record set by Paolo Poggi in December 2001 with Piacenza (8 seconds).

➤ Rafael Leão is the youngest player with 3+ goals scored Europe’s Top-5 leagues in each of the last three seasons, and the only one born after 1/1/1999.

➤ Theo Hernández has provided three assists in 12 games in Serie A this season, equalling his tally from the entire 2019/20 campaign after 33 appearances.

➤ Since Serie A became a round-robin tournament (1929/30), no team that has been unbeaten after 13 games ever finished the season outside the top four.

➤ Milan have won five away games in a row in Serie A against a single side for the first time since 2013 v Chievo (six consecutive away wins).

➤ Milan have fielded both of the youngest starting XI’s in Serie A since Opta records began (2004/05) and both were in the current season: against Spezia in October (22 years and 287 days) and today v Sassuolo (22 years and 313 days).