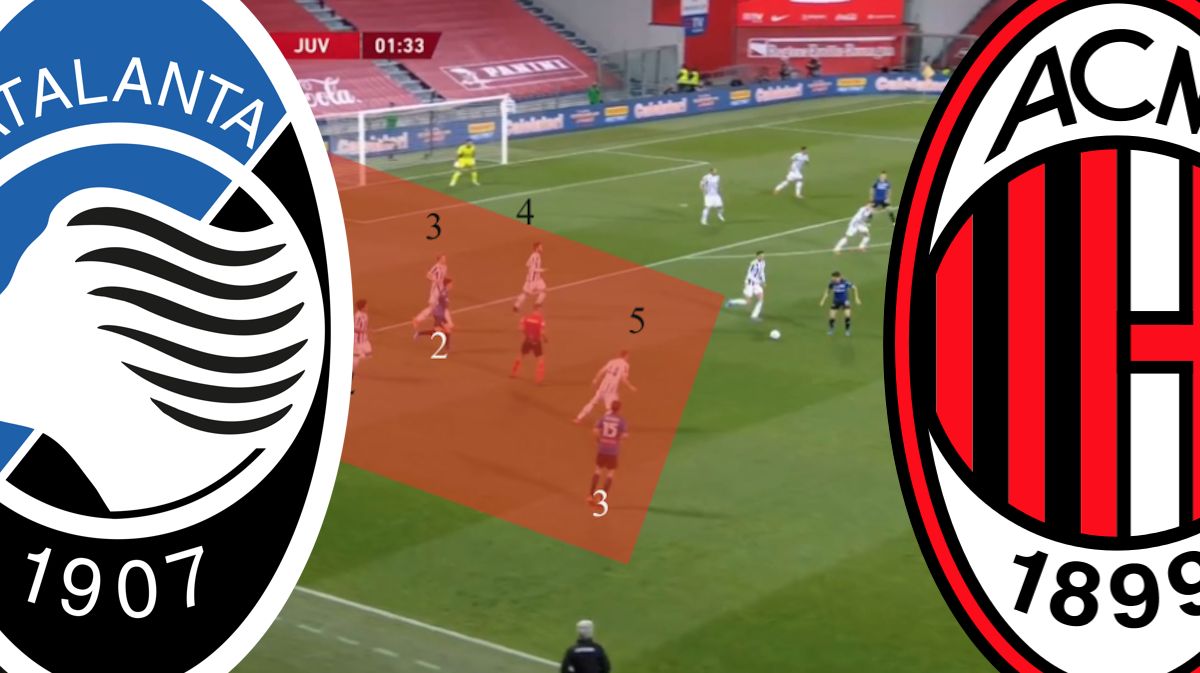 Ceding possession, counter-attacks and vertical play: How Milan can beat their kryptonite Atalanta

With the 2020/21 season set to culminate on Sunday, Milanhave one more matchday to save their season and it is a daunting trip to face their bogey team Atalanta in Bergamo.

Milan fans need no reminder of the score the last time Stefano Pioli’s side went to Bergamo, with Josip Illicic bagging a brace in a 5-0 victory for La Dea. Milan are in desperate need of a win against Atalanta this time around as it would secure a top four spot.

However, Rossoneri fans don’t need to look back far to see when their last win came at Bergamo. They defeated Atalanta 3-1 in 2019 thanks to a brace from Milan’s then in-form striker Kryzsztof Piatek and a long distance shot from Calhanoglu cancelling out Remo Freuler’s opener.

In midweek, Juve condemned Atalanta to a 2-1 loss in the Coppa Italia final with Gasperini’s men yet again missing out on silverware in yet another potentially underwhelming season.

What are the keys for Milan to secure a huge victory? We take a look at the tactical approach used by Gattuso and Pirlo to defeat Atalanta…

Atalanta are a team that enjoys having the lion’s share of possession and has the physical and technical qualities to knock it around an opposition’s defence, even teams that park the bus and try to win back possession can get steam rolled by a fluid attacking unit.

Former team-mates Gattuso and Pirlo however were content with letting Atalanta keep the ball and knock it horizontally. In the 2019 match, Gattuso’s Milan had 41% possession while Pirlo’s Juve had 43% on Wednesday.

Of course – owing to the difference in technical and physical quality – Pirlo’s Juve was better than Rino’s Milan and hence were able to play a higher line than what Milan did two seasons ago did. However, compared to the Bianconeri’s regular standards they played a deeper line than before as shown in the graphic below and did not commit numbers forward. If Cuadrado ventured forward on the right, Bentancur and McKennie stayed behind to prevent Atalanta’s lightning quick counters.

When Milan played against Atalanta they played a much deeper line and rarely ventured forward, especially after taking the lead.

Both teams in terms of defensive structure played a narrow 4-5-1 that at times looked like a 4-4-1-1 keeping only one player forward with a second striker playing off the centre-forward. For Juventus that was Cristiano, while for Milan it was Piatek.

One main feature of Atalanta was to numerically create advantages towards the wide areas of the pitch. For example whenever the ball was hoisted forwards Duvan Zapata would peel off towards the left and he would be joined by Gosens, Pessina and De Roon or Palomino. Creating this advantage would mean more passing combinations for Atalanta to exploit and therefore be lethal.

Pirlo countered this with their narrow 4-5-1 structure as explained before. They had their wide players drop in while the full-back, the centre-back and one player of the double pivot making it a 4v4 or a 5v4 not allowing Atalanta to build on the flanks.

For Gattuso it was more of the same with Romagnoli, Rodriguez, Paqueta, Calhanoglu and at times Bakayoko creating a 5v3 or a 4v3 to prevent the numerical advantage.

Not playing out from the back

Buffon kicking the ball out instead of passing.

Both Gattuso and Pirlo – who otherwise preferred to play out from the back – preferred a more direct approach choosing to kick it upfield to Cristiano Ronaldo (Piatek in Milan’s case). The one time Juve played out from the back, they paid for it with Atalanta’s equaliser from Malinovskyi.

Atalanta press Juventus and catch them passing out from the back and score.

Atalanta are a high pressing side and hence they play a very high line to facilitate their press. This leaves a lot of space behind the defence for the opposition to exploit. Liverpool with Klopp used Salah and Mane exploited this feature and subjected Atalanta to a 5-0 loss.

Juventus chose the similar route chose to counter through Kulusevski and Chiesa which gave them their first goal. Cuardado made a clearance which was a vertical ball to Ronaldo and it caught out Atalanta and Juve countered before Atalanta could get men behind.

Kulusevski’s goal was a product of a counter-attack and vertical football.

Milan in 2019 didn’t have the quick players they have today so therefore it had to rely on vertical balls or diagonal balls from Hakan or Rodriguez and it was one such ball that led to the equaliser.

What Milan should do

Of course, while Milan’s on paper formation will be a 4-2-3-1, they should defend in a 4-4-1-1 formation with Rebic behind Leao and Calhanoglu acting as a left midfielder. Milan should patiently wait for Atalanta to break down and tire them out by not giving space and looking for any opportunity to counter-attack.

Theo Hernandez and Calabria should be act as defensive full-backs unless there is an opportunity to counter-attack. In terms of marking, Leao or Rebic should play close to De Roon and Toloi as they are prone to easily losing their man and would be helpful in counters.

It would have been ideal for Milan to have Mandzukic playing as the No.9 but since the Croatian isn’t fit enough, Leao would have the duty of holding the ball up.

A key duel will be between Kjaer and Zapata. A player even De Ligt could not handle, Kjaer’s experience and physicality will come to the fore which makes it extra important for Saelemaekers and Calabria to prevent Atalanta creating a numerical advantage on Milan’s right flank.

Defending deep and relying on counter-attacks cannot stop an individual piece of brilliance like Malinovskyi hitting it from distance, but that’s when Milan need their goalkeeper Donnarumma to perform one last time if he is not extending his contract.

READ MORE: Hauge’s first season a rollercoaster of emotions – the club’s stance on his future has changed