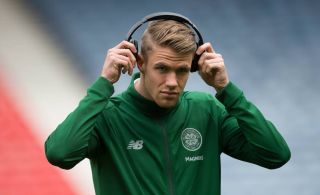 The Rossoneri are expected to make some changes to the defensive department this, with the Rossoneri in particular looking for a new long-term partner for captain Alessio Romagnoli despite the signing of Simon Kjaer from Sevilla.

Among the names repeatedly linked by various media outlets is Kristoffer Ajer, with the 22-year-old having captured the attention of some top European clubs thanks to a fantastic season with the Scottish champions.

According to what Sky Italia journalist Gianluca Di Marzio reported on Mondau, Milan remain interested in signing the Norway international but they face competition in the form of Brendan Rodgers’ Leicester City.

However, Celtic boss Neil Lennon was asked specifically about whether Ajer could be on his way to Milan, and his response was pretty firm.

“There is absolutely nothing, nothing,” he said (via MilanNews).

“He still has two years on his contract with us, we want him to stay and the club wants him here.”