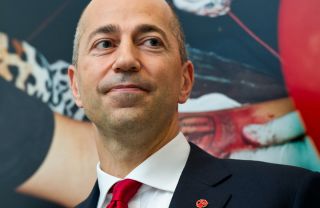 AC Milan CEO Ivan Gazidis announced his return to work via a message sent out to all members of staff at the club, a report claims.

Gazidis had temporarily moved to the USA, where he was being treated after being diagnosed with throat cancer, but despite being halfway across the world he continued to express his support and closeness to the club.

According to what is being reported by MilanNews, Gazidis returned to Milan today after a period spent in the US where he was undergoing treatment. He has always sent messages to the management and to other staff, and he wanted to thank and reassure everyone with a letter today.

“As some of you may know, I have just returned to Milan to continue my journey towards healing. I want to tell you that it is a real pleasure and a relief to finally return to the city that is truly my home, although the incredible support and affection received in recent weeks has never made me feel far away.

“I am also happy to have managed to respect my professional duties during this period of very delicate and demanding treatments and care, above all thanks to your commitment and contribution. it filled us with pride to see the continued progress made, on and off the pitch.

“Now I will entrust my convalescence to the expert hands of the incredible IEO team here in Milan. Although there will still be a long way to go to get to full recovery, I remain absolutely confident, and I am convinced that we will soon be able to meet again in person. In the meantime, we are identifying a date in the coming weeks to virtually meet again in a Town Hall, to be able to greet you all and talk to each other directly, after this period of distance, even if only physically.

There will be no chance to rest for the former Arsenal chief though as he several things on his agenda such as the stadium project that must be further discussed with the City Council, then there is the renewals of the contracts expiring and also the January market.