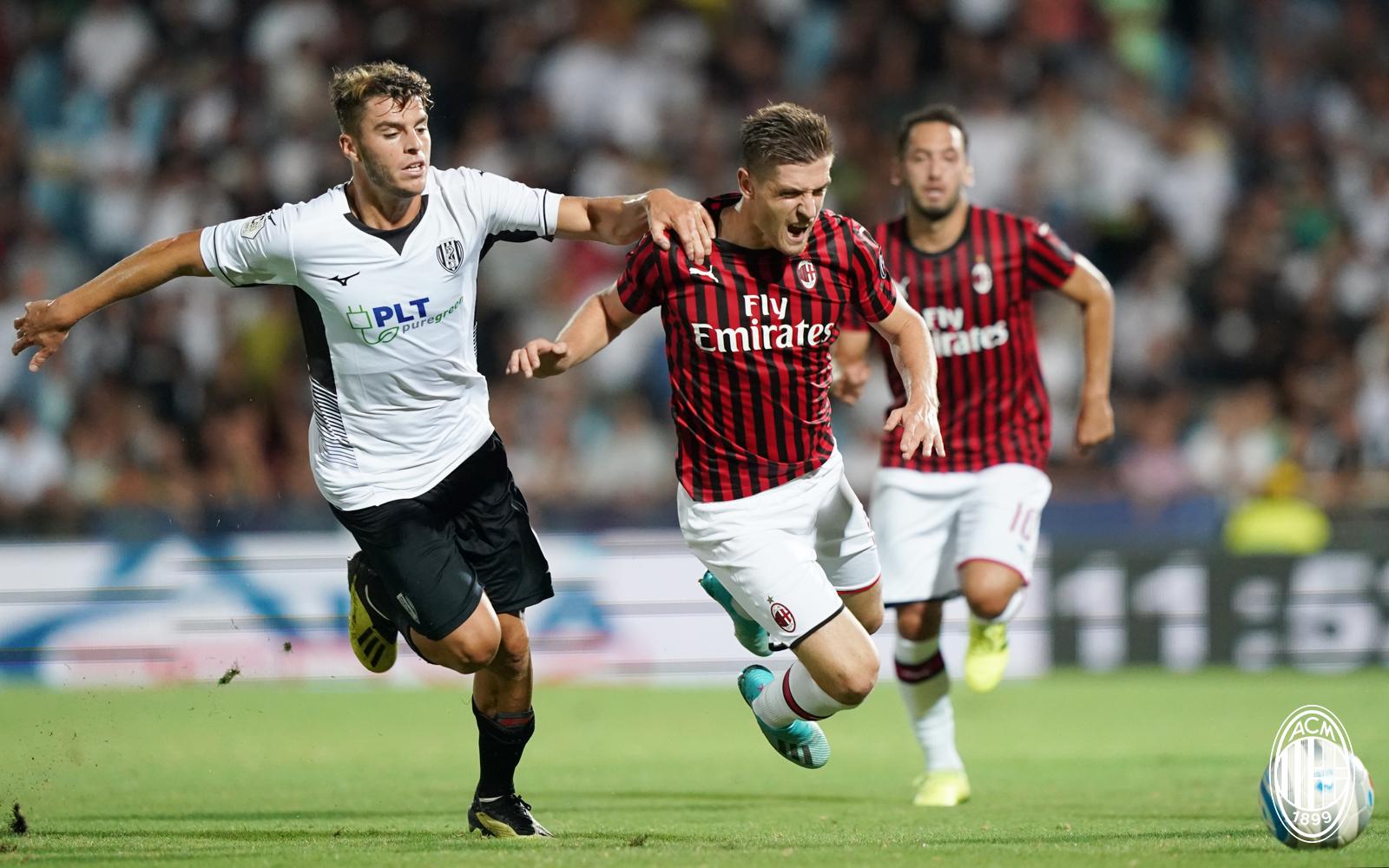 AC Milan failed to impress in their final preseason fixture as they were held to a dull 0-0 draw by Serie C side Cesena.

Milan did test Cesena keeper Federico Agliardi in just the third minute as Suso fired a trademark free-kick from 25 yards that was well saved.

The game did not live up to it’s ‘friendly’ status – especially in the first half – as first Cortesi and then Valeri both lunged in on Calabria. The latter was booked.

Cesena did think they had taken the lead 17 minutes in when Valeri beat Donnarumma with a low angled shot, however it was rightly called back for offside in the build up.

Marco Giampaolo’s side began to probe towards the end of the first half and with nine minutes until the break Mateo Musacchio of all people found himself in behind, though Cesena did well to cut out his pass towards Samu Castillejo which would have given him an easy tap-in.

Ten minutes after the break Castillejo was almost found again at the near post as substitute Lucas Paqueta put Ricardo Rodriguez in behind with a great through ball, but again it was cut out in time.

Hakan Calhanoglu fired wide from distance as Milan continued to struggle to get the decisive breakthrough, while Andre Silva also hesitated too much when found in space in the box not long after coming on.

Valeri was once more at the centre of Cesena’s best opportunity as he glanced a cross towards goal, but Donnarumma was equal to it and produced a good save from close range to keep the scores level.

Goalless was the way it would finish at the Orogel Stadium as Milan were forced to settle for a draw in their last preseason test.