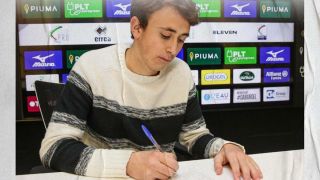 Cesena director open to Milan move for midfielder: “I can confirm the interest”

In addition to the immediate priorities, AC Milan are also planning for the future and that involves identifying talents on the market. A Serie C midfielder has been on their radar for some time now, as has been confirmed.

The player in question is Tommaso Berti, who was born in 2004 and currently plays for Cesena’s first team. This season, in fact, he has featured in 14 league games for the club and he has bagged one goal and one assist in the process.

In a recent interview, as cited by MilanNews, Cesena director Moreno Zebi spoke about the future of the youngster and confirmed that Milan are interested. He also stated that he would be happy to negotiate with the Rossoneri.

“Milan’s offer last summer? It was a question of timing more than anything else. The offer came in the final days and there wasn’t the right time to go on. But we are always ready to listen to Milan. I have a very good relationship with the Rossoneri directors.

“A new offer? There have been some formal steps, I can confirm the interest of Milan, but for now no offer yet. We are always open to talking to the Rossoneri club, for us, it is a source of pride. But clearly, they aren’t the only Serie A club interested in Berti,” he stated.

It remains to be seen what the outcome of the interest will be. It’s very clear, however, that Berti is a name for the future and even though there is competition, there is no rush yet for Milan.