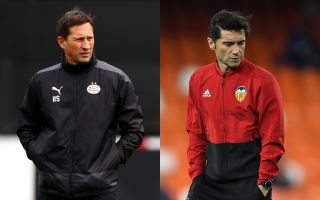 Back in 2019, Milan hired Marco Giampaolo after deciding to part ways with club legend Gennaro Gattuso. However, things didn’t work out as planned as the Italian was sacked just seven games into the season.

The Rossoneri evaluated several profiles before eventually settling on Stefano Pioli as the right replacement. And although the start was uphill, they were right as the former Fiorentina boss has been able to create a fantastic team.

However, as highlighted by Calcio E Finanza, it could have been very different. They have managed to get their hands on the court documents related to Zvone Boban, who has appealed his sacking and won the case (though Milan will appeal as well).

Paolo Maldini and Ricky Massara’s statements are both included in the documents, explaining what went down at the club. As revealed, in addition to Pioli, the Rossoneri also evaluated Marcelino, Ralf Rangnick, Roger Schmidt and Luciano Spalletti.