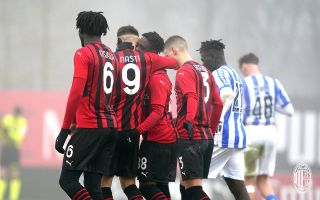 AC Milan Primavera winger Chaka Traore was in fantastic form yesterday as he scored a hat-trick en route to a rout of Pescara.

Traore actually made his Serie A debut against the Rossoneri last season as Parma were relegated, becoming first 2004-born player to play in the Italian top flight in the process. Now he is with Milan’s Primavera who have struggled to begin the season, but there is no doubting the forward has been a bright spot, and he scored a hat-trick inside an hour yesterday.