AC Milan face a win or bust situation on Wednesday night when they welcome Porto to the San Siro in their fourth Champions League group stage game.

While Milan have won 10 out of 11 games in the league, their ventures in Europe have not gone to plan so far as they have suffered three defeats in a row: 3-2 at Anfield against Liverpool, 2-1 at home against Atletico Madrid and the most recent loss was 1-0 against the Portuguese side which puts the Rossoneri four points off second-placed Atleti.

Stefano Pioli asked for a response from his players in his pre-match press conference to give the fans something to cheer in the Champions League.

In terms of team news for the Rossoneri, Theo Hernandez was sent off against Roma on Sunday night but his suspension does not carry over into the Champions League so he is highly likely to start given he will miss the derby.

Franck Kessie was also out of the last game against Porto through suspension but should be back in the starting XI for this game. The absentees through injury should be Mike Maignan, Alessandro Plizzari, Junior Messias, Alessandro Florenzi and Ante Rebic.

Fode Ballo-Toure didn’t take part in Milan’s training session earlier today (Tuesday) and it seems he will be left out of the squad. The Rossoneri need him ready for the derby on Sunday, seeing as Theo is suspended.

We had to wait a bit longer for the probable XI this time out, but the latest reports suggest that it will be four changes compared to the win against Roma. At the back, Alessio Romagnoli will replace Simon Kjaer, who seemingly needs the rest. 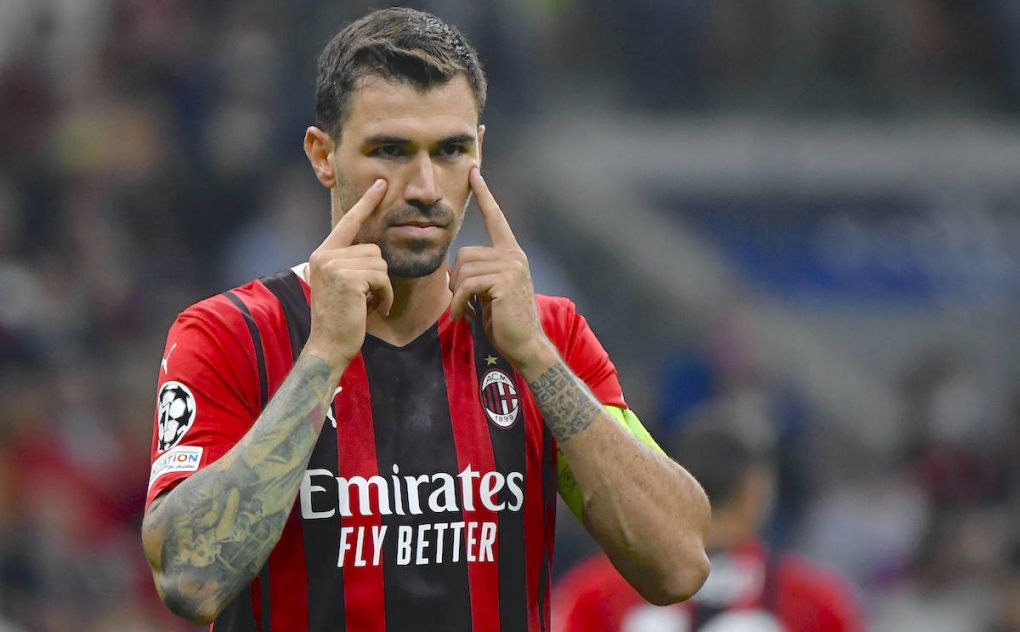 Further up the pitch, Sandro Tonali will be back from start and he will partner up with Ismael Bennacer. Franck Kessie played the most against Roma and it makes sense to rest him, especially since he worked incredibly hard until the end.

The more interesting changes will take place in attack, with Brahim Diaz ready to make his return since recovering from Covid-19. He will have Alexis Saelemaekers and Rafael Leao on either side of him, even though the latter has played too much lately (from an injury perspective). Finally, Olivier Giroud will start instead of Zlatan Ibrahimovic.

Porto have continued their fantastic start domestically and now sit atop the Primeira Liga table. They were unbeaten last month heading into the reverse fixture and they remain unbeaten now, having won eight of their first ten league games, scoring 25 goals and conceding just 7.

They won their derby against Boavista in convincing fashion over the weekend, running out 4-1 winners, meaning they enter this game with even more momentum. However, it is worth noting that midfielder Mateus Uribe went off with injury after 54 minutes so Marko Grujic is tipped to partner Sergio Oliveira in midfield.

Left-back Wendell will not be available either meaning Sanusi should take his spot, while Marchesin could start over Diogo Costa between the posts. There has been rotation of the front two this season Evanilson’s brace against Boavista has him likely to partner Taremi.

There have now been nine meetings between Porto and Milan in the Champions League and the Rossoneri have won only three of them, with Porto winning three and the other three games being draws.

The last meeting obviously took place last month and it was the impressive Luis Diaz who settled the game in Porto’s favour with a second-half strike at the Estadio do Dragao.

Prior to this season though the last time the sides met was the 2003 UEFA Super Cup that was played in Monaco, with the Diavolo running out 1-0 winners thanks to Andriy Shevchenko’s early goal. 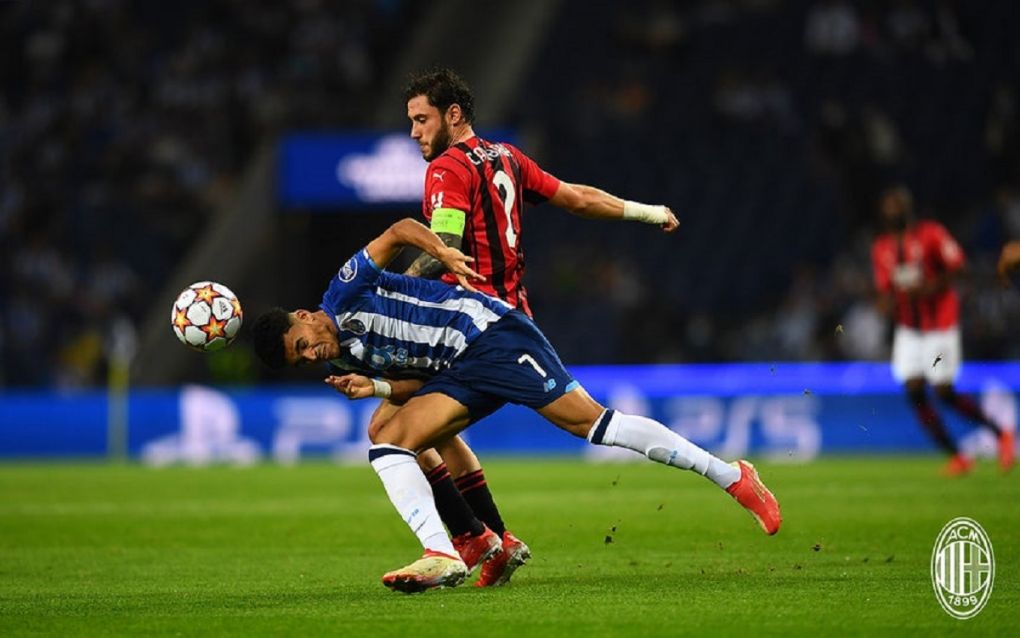 ➤ After only losing one of their first six meetings with Porto in European competition (W3 D2), Milan have since lost two of the last four (W1 D1), including the most recent meeting between the two – 0-1 in MD3 this season.

➤ This will be the fifth time that Milan have hosted FC Porto in European competition, but the first instance since September 1996. Both teams have won twice in the previous four, with FC Porto winning 3-2 in the last such meeting.

➤ Porto have only lost one of their last five away games in the UEFA Champions League (W3 D1), after losing their previous three away from home in a row.

➤ Porto have kept a clean sheet in four of their last five away games in the UEFA Champions League (W3 D1 L1), including in each of their last two trips. They last kept three consecutive away clean sheets in the competition back in November 2012.

➤ Milan only attempted four shots in their 1-0 defeat against FC Porto last time out in the UEFA Champions League – their fewest in a game in the competition since December 2013 v Ajax (also four).

➤ Porto’s Luis Díaz has made 11 successful take-ons in the UEFA Champions League so far this season; only one winger – Nicolas Moumi Ngamaleu of Young Boys (20) – has completed more in the competition through the opening three matchdays.

➤ Since scoring four goals from five shots for Chelsea against Sevilla in December 2020, Milan’s Olivier Giroud has only scored once in 250 minutes of play in the UEFA Champions League – that goal also came while playing for Chelsea, while he’s yet to score in his three outings in the competition for his current club.

➤ Mehdi Taremi has been directly involved in each of Porto’s last three goals in the UEFA Champions League, scoring twice and also proving the assist for their winning goal against Milan last time out.

Given Milan were without Brahim Diaz, Theo Hernandez and Kessie for the first game it was no surprise that Porto had a lot of joy down the Diavolo’s left side while the team struggled to create much for Giroud at the other end.

Hernandez, Diaz and Giroud will be absolutely key in keeping Porto at bay, as well as establishing the midfield and ultimately creating more goalscoring chances to try and get on the front foot in the game. 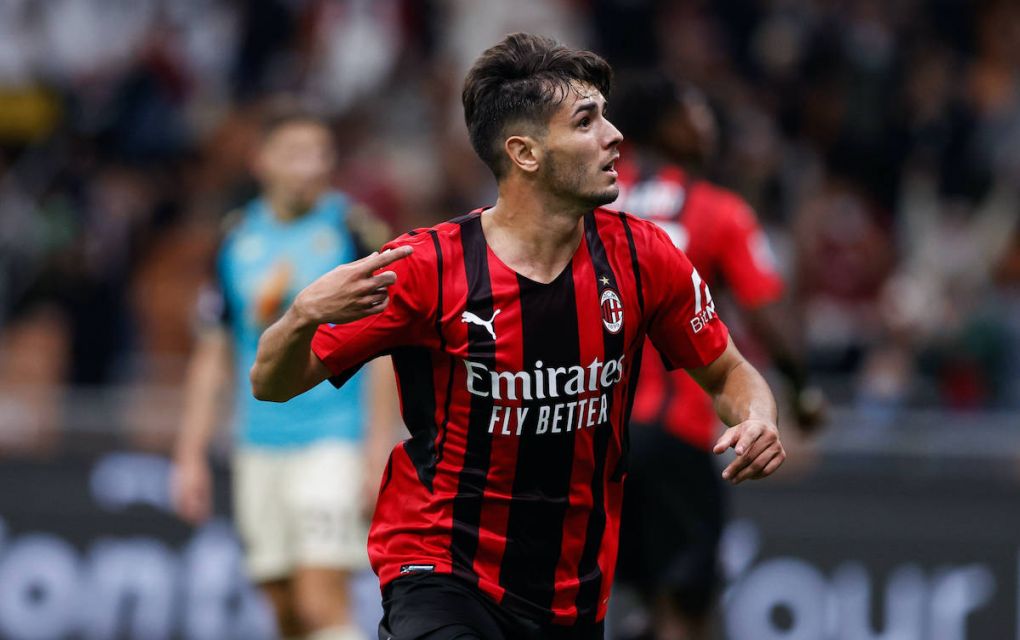 The two main threats for the away side were clearly on display during the game in Portugal last month. Luis Diaz has seven goals in all competitions already this season and is a constant threat from the left, while striker Taremi had plenty of good scoring chances that he failed to take against Milan last time but he has also netted seven goals.

The 21-year-old playmaker Fabio Vieira might be one to watch off the bench as he has four assists in 196 minutes for the Dragoes, as per WhoScored, while former Milan target Jesus Corona will be under the watchful eye of the management and Champions League veteran Pepe will have a fascinating battle against Olivier Giroud.

We simply can’t see Milan finishing this group stage campaign without at least one win and given how well they played against Atletico – who are, with respect, a better opponent – this feels like a big opportunity to get those first three points and keep the dream alive for a bit longer yet.