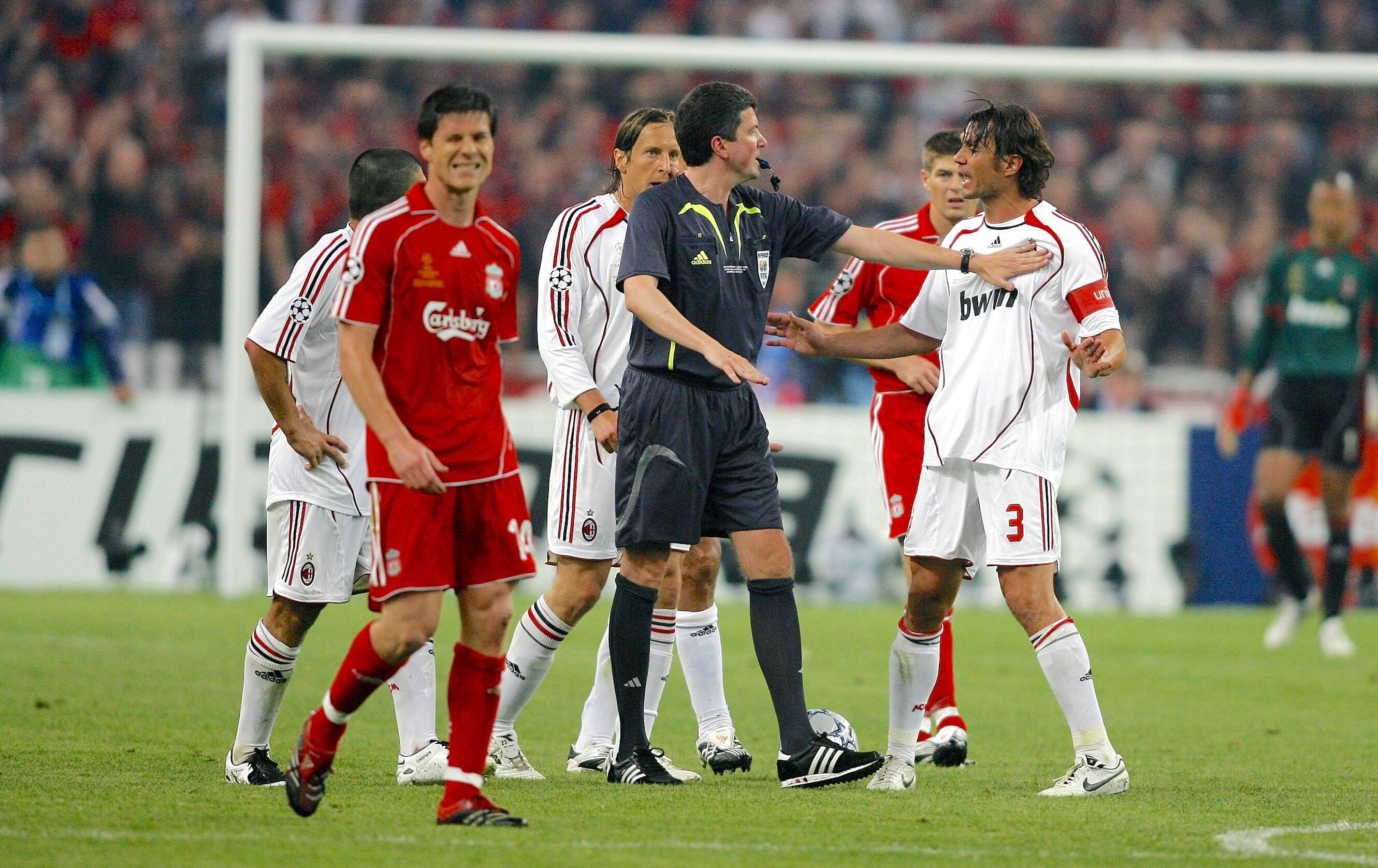 AC Milan will face off against Liverpool for the first time in 14 years and will make their debut at Anfield in Wednesday night’s Champions League group stage opener.

It has been seven long years since Milan last played in Europe’s elite club competition but they secured their return thanks to a second-placed finish in the league last season. Their reward was a draw featuring six-time winners Liverpool, LaLiga champions Atletico Madrid and the surprise package Porto.

Jurgen Klopp’s side await in the first contest, with Stefano Pioli expecting a tough game in what will be a meeting between two of Europe’s most decorated sides.

The Rossoneri come into the game in good form having won their first three games of the season in Serie A, conceding just once in the process and scoring seven, with the most recent success coming against Lazio at the weekend.

Zlatan Ibrahimovic will not be available for the game due to sustaining an Achilles tendon problem while Tiemoue Bakayoko and Rade Krunic are set to be missing from the midfield department with respective muscle problems.

The latest from Sky (via MilanNews) states that Mike Maignan will be in goal while in front of him should be Davide Calabria, Simon Kjaer, Fikayo Tomori and Theo Hernandez.

In midfield the double pivot will be formed by Ismael Bennacer and Franck Kessie – with Sandro Tonali having missed training today – while the attack should consist of Alexis Saelemakers, Brahim Diaz and Rafael Leao. The only doubt is whether Olivier Giroud or Ante Rebic will be the starting centre-forward.

Liverpool come into the game no doubt feeling pretty good about how their season has started, with three wins in four Premier League games amassed including nine goals scored and just the one conceded, with many feeling a serious title challenge could be mounted if the same injury problems do not plague Klopp’s men.

To get the latest team news from the Reds’ camp, we spoke to Ste Carson from Empire of the Kop. He confirmed that the Reds were dealt a significant blow over the weekend as young midfielder Harvey Elliott suffered a serious injury in the 3-0 win over Leeds United at Elland Road, leaving him needing surgery on his ankle.

The teenager had taken fans by storm this season, earning three consecutive Premier League starts by Jurgen Klopp – including one against Champions League title holders Chelsea.
Aside from Elliott, Liverpool don’t have many real injury concerns. 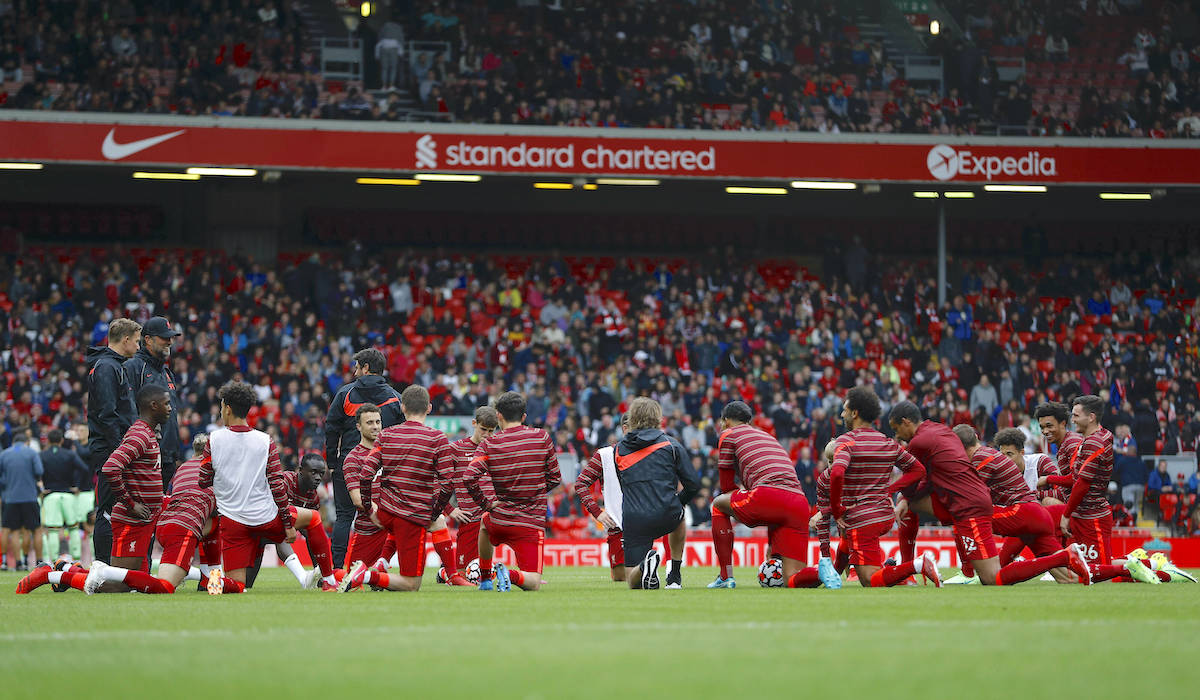 Roberto Firmino is a doubt, but resumed training during the international break – that being said, Diogo Jota is successfully wrestling the Brazilian out of a regular spot in the starting team.

Neco Williams and Takumi Minamino have both suffered fitness problems of late, but are yet to be utilised this season. Everyone else, as far as we know, is fit to play. Liverpool are likely to name what many fans believe to be their strongest possible XI

The two sides have met twice in this competition before, and fans will need little reminder about what those two occasions were given the magnitude of the games.

The red half of Merseyside were celebrating after the first time they came up against Milan after a stunning comeback in the 2005 Champions League final in Istanbul, during which Rafa Benitez’s side came from 3-0 down to force penalties and then they subsequently won the shootout.

However, Milan would get their revenge two years later that night in Athens. The Rossoneri – then managed by Carlo Ancelotti – emerged 2-1 victors in the rematch in Greece to move onto seven Champions League titles.

➤ Liverpool and Milan have only met on two previous occasions in European competition, with both of them coming in the final of the UEFA Champions League. The Reds won 3-2 on penalties in 2005, before losing 1-2 in normal time in 2007.

➤ After winning six of their first seven home games against Italian sides in European competition (L1), Liverpool have gone winless in the most recent two – drawing 1-1 with Napoli in 2019-20 and losing 0-2 to Atalanta in 2020-21, during the last two campaigns.

➤ Milan have only won one of their last 13 games against English opponents in European competition (D4, L8), with that lone victory coming against Arsenal in this competition in February 2012 (4-0).

➤ Interestingly, all but one of the 13 games in this run have come at the Round of 16 stage, either in the UEFA Champions League or UEFA Europa League.

➤ Milan have only won two of their last eight games in European competition (D4 L2), all of which came in the Europa League last season. This will be their first game in the Champions League since March 2014 when they were eliminated by Atlético de Madrid over two legs in the Round of last 16.

➤ Under Jürgen Klopp, Liverpool have only lost one of their 12 group stage games in the UEFA Champions League at Anfield (W9 D2) – 0-2 versus Atalanta last season. The Reds have averaged 2.5 goals per home game in the group stage since the German took charge (30 goals).

➤ Since the start of the 2017-18 season – Mohamed Salah’s first at Liverpool – the Egyptian (25 goals) is one of only four players to have scored 25+ goals in the UEFA Champions League, along with Robert Lewandowski (33), Cristiano Ronaldo (29) and Lionel Messi (26).

➤ Zlatan Ibrahimović has 48 UEFA Champions League goals to his name from 120 games, with nine of those coming for Milan between 2010 and 2012. Indeed, the Swede has scored for more teams in the UEFA Champions League than any other player (6 – PSG, Milan, Ajax, Juventus, Inter Milan, Barcelona).

➤ Milan striker Olivier Giroud is averaging a goal or assist every 95 minutes in the UEFA Champions League (18 goals, 6 assists) and netted eight goals in 16 appearances in all competitions against Liverpool for Arsenal and Chelsea between 2012-13 and 2019-20, the most any player scored against the Reds between
those seasons.

For Milan there will no doubt be a lot of scrutiny placed upon the back four and how they manage to hold up against one of the most fear-provoking attacks in Europe on their day.

The veteran Simon Kjaer and the confident young Fikayo Tomori will have their work cut out not only stopping Diogo Jota but preventing the runners from the wing in Mane and Salah getting in behind. 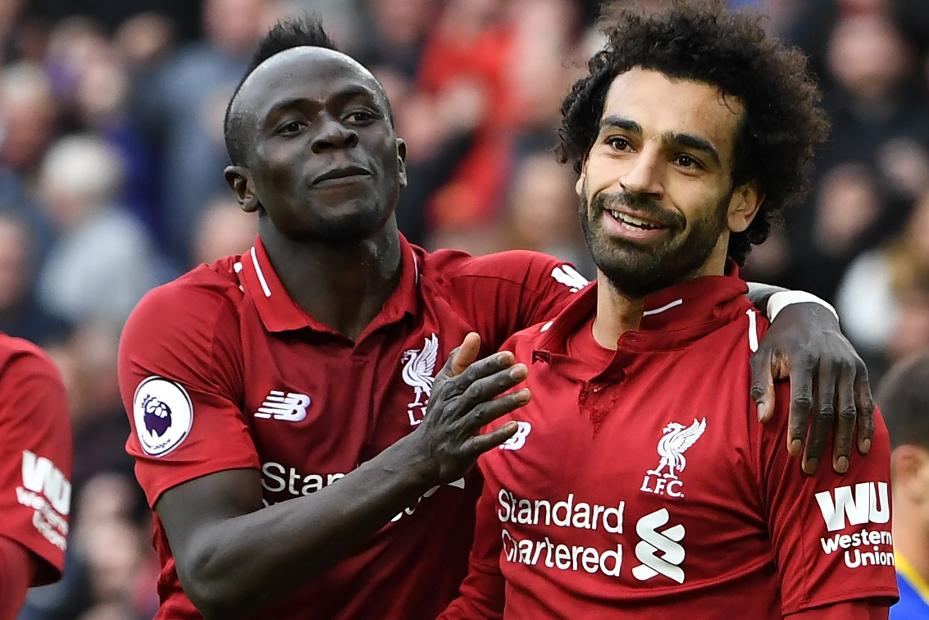 The battle between Theo Hernandez and Trent Alexander-Arnold down Milan’s left will be fascinating to watch, while in the midfield Brahim Diaz will be hoping to cause the anchorman Fabinho some problems, just as Kessie and Bennacer will try to neutralise Henderson’s distribution and Thiago’s fast vertical movement of the ball.

Then it will be over to Olivier Giroud to try and capitalise on any chances that do come up, given his record of 8 goals in 16 games against Liverpool. If Pioli’s men do play a counter-attack based system a lot rests on trying to spin Van Dijk and Matip around with deep runs from Leao, with heavy work rate required from Saelemaekers again.

Make no mistake about it, this is a mouth-watering game and a fantastic test of where Milan are currently at, but given they are struggling a bit for depth up front and in midfield it might be a bit too much to ask for another commanding and dominant display.

The Rossoneri are full of confidence but so are Liverpool after despatching Leeds while Milan were beating Lazio. They have the edge on experience in this and it could well prove to be enough.