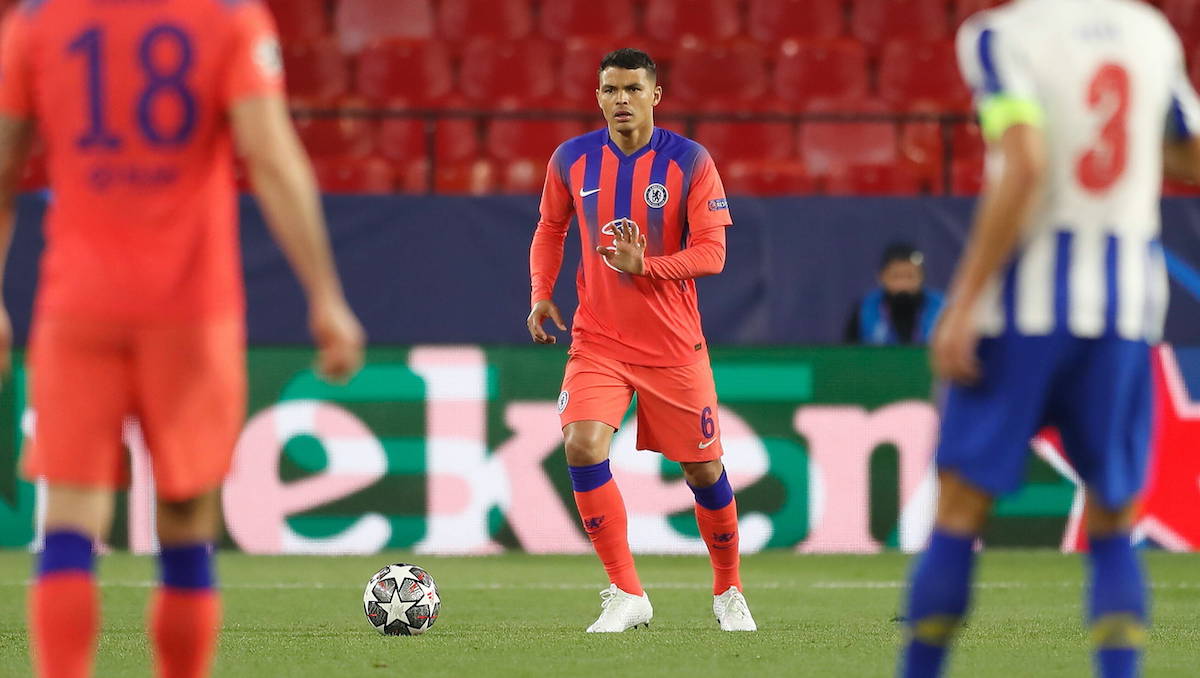 Thiago Silva has expressed his delight that his old club AC Milan got the better of Juventus on Sunday night, and revealed he still holds the Rossoneri close to his heart.

It is remarkable to think that the Brazilian veteran will soon play his second consecutive Champions League final as at the age of 36 he continues to show that he is one of the most reliable and composed defenders in Europe, becoming a mainstay in the line-up for Chelsea under Thomas Tuchel.

His period in Italy is certainly what established him as a top defender. From 2009 to 2012 he played for Milan and was part of a squad full of champions like Gattuso, Nesta and Ibrahimovic. He has often been linked with a return to Milan, but it would be fair to say that time is running out for that to happen.

Interviewed by Sky Italia, the Brazilian spoke about the progress of the Rossoneri and the possibility of playing against them in the next edition of the Champions League.

“I dream of meeting Milan in Europe, I have been thinking about this moment since I left the club to go to France. Every year I thought they could qualify, but now I think they are very close to doing so,” he said (via MilanLive).

“I am a Milan fan. I hope to be able to return to San Siro to challenge them, so as to relive certain emotions that I carry inside. It is a very special environment and stadium for me.”

On Juventus-Milan last Sunday: “I saw the match, I’m a little sorry for the Brazilians of Juve and also for Buffon with whom I played with at PSG. But I’m happy for Milan, they deserved the victory. Just as this year they deserve to qualify for the Champions League for the season they are doing.”