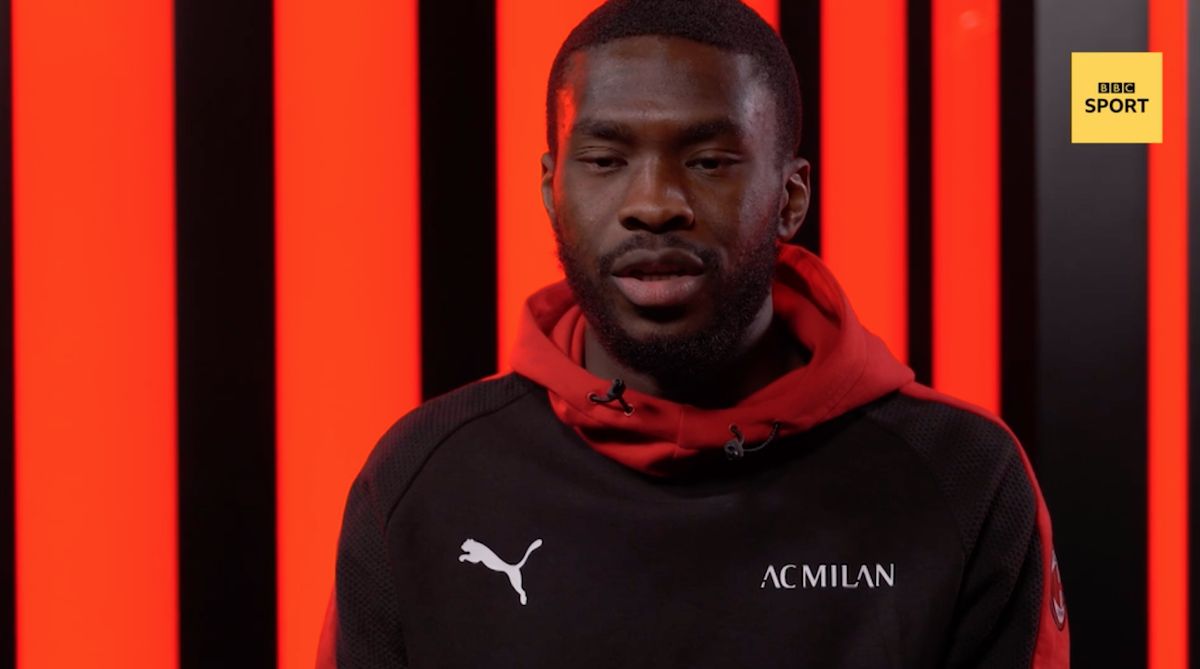 Chelsea loanee Tomori discusses future: “Once I switched to Milan it was all about Milan”

Defender Fikayo Tomori refused to be drawn too much on questions about his future but insisted he is only focusing on Milan for now.

Tomori joined from the Premier League club on loan with an option to buy and was immediately thrust into action after Simon Kjaer’s injury. He came on against Inter in the cup last month, and made his first start during the 2-1 win over Bologna.

His first performances have surprised everyone a bit as the Englishman immediately imposed himself, showing his excellent physical and athletic ability. What has stood out is how he comes out of the defensive line – a typical characteristic of English defenders – going to attack the strikers like Alexis Sanchez, Romelu Lukaku and then Barrow of Bologna.

The Rossoneri have an option to make the move permanent but the feeling is that nothing has yet been decided regarding the 23-year-old’s future. Tomori gave an interview to the BBC and was asked about what the future holds for him.

Regarding the possibility of an England call-up, he added: “I’d be lying if I said I’m not thinking about it, of course I am.

“But at the moment I’m taking it game by game, week by week and hopefully at the end of the season I have a Scudetto and I’m in the England squad.”

Tomori also called for more action to identify and punish social media users who racially abuse players given the fact that several have received abuse online in recent weeks.

“With social media being so accessible to everyone, someone can make a fake account within five minutes and go there to spout racist abuse because someone made a mistake in the game,” Tomori said.

“It is too easy for people to do that. Being able to identify someone who is doing these wrong things and punish them, make an example of them, is only going to help.

“If someone robs a bank you know they’re punished. If someone is racist, they should be punished so those kinds of steps need to be made.

“It’s disgusting when you see these kinds of things. You know it’s 2021 now and things like this are still going on over football. For it to happen it’s kind of confusing and I think that there needs to be more to really stamp it out.

“I haven’t spoken to Reece personally about this specific situation, but in the past we’ve spoken about it and I’m sure that in the future we will probably speak about it again because of the nature of the world and social media. It is really hard to wrap our heads around.”