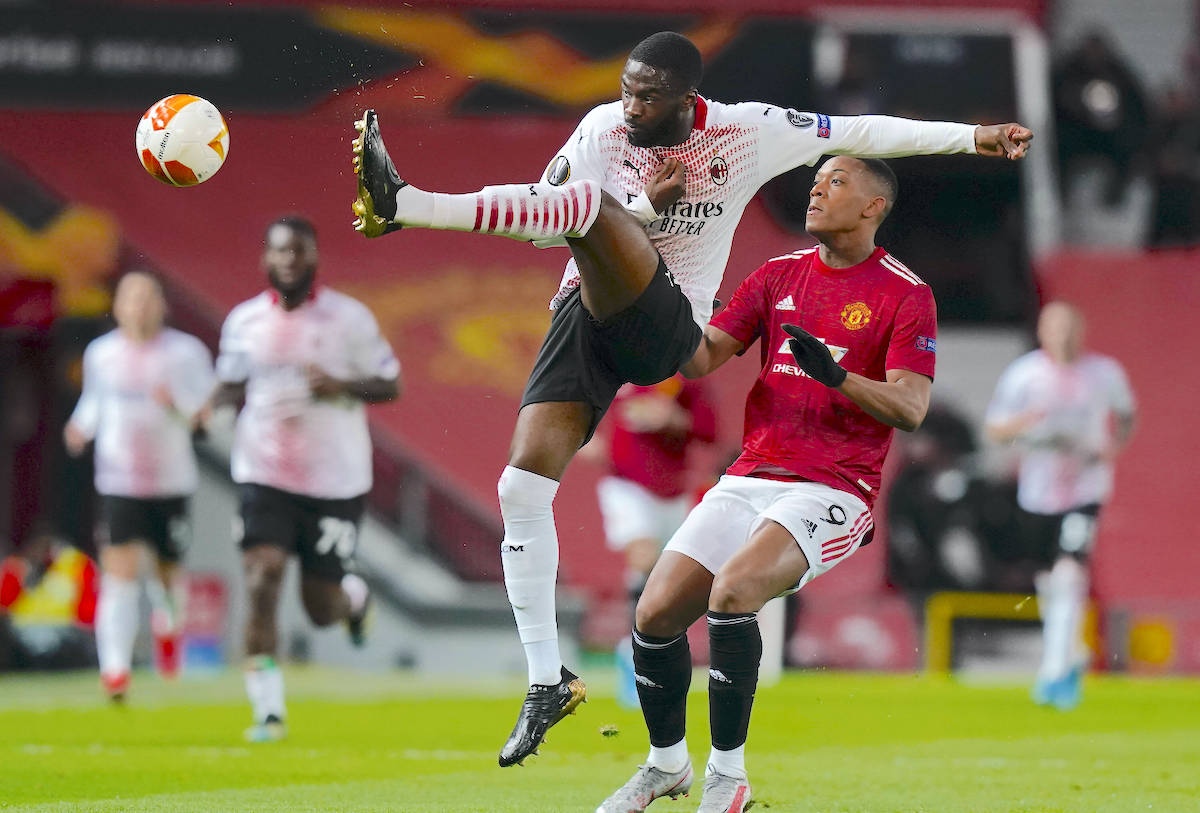 Tomori on Man Utd draw: “We would have deserved the victory as well but we are happy”

AC Milan defender Fikayo Tomori has revealed his belief that the Rossoneri deserved to win against Manchester United at Old Trafford tonight.

Milan were heading towards a disappointing result in the first leg of the Europa League round of 16 against United, then Simon Kjaer stepped up – with his head – and scored a crucial away goal.

Milan were well on top in the first half and had a goal disallowed as Franck Kessie was controversially adjudged to have handled the ball before thumping a half-volley past Dean Henderson, and Amad Diallo’s header looked like giving the Red Devils a 1-0 first leg win.

However, Kjaer answered in the second minute of added time as he guided a near post header on goal that Henderson could only scramble and palm into his own net.

Tomori was interviewed by Sky Italia after the game, with his comments transcribed by MilanNews and translated below.

“We are happy, it is an excellent result, we scored an away goal. We would have deserved the victory as well but we are happy,” he said.

“It is important to score away from home, but we deserved nothing less. I think we could also have won as I have already said.”