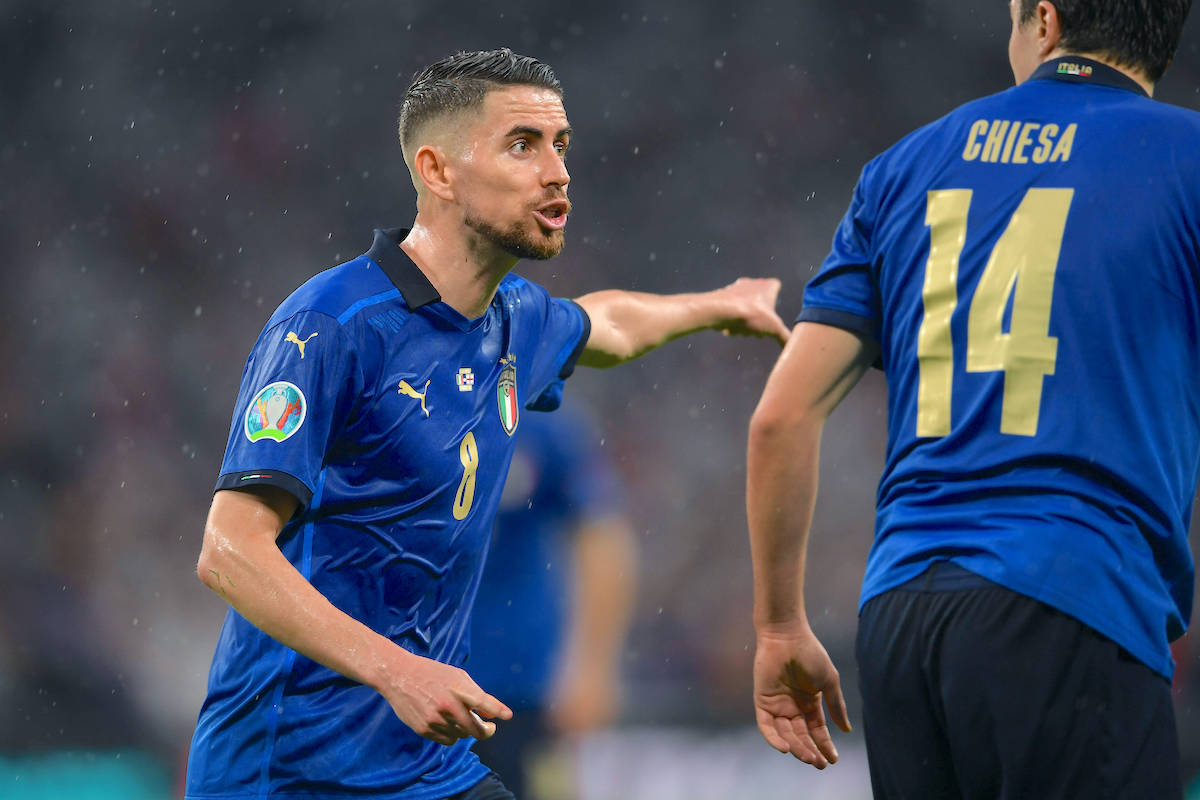 Chelsea and Italy star Jorginho has backed Sandro Tonali of AC Milan to be his long-term replacement in the national team.

UEFA Men’s Player of the Year winner Jorginho encountered a sublime 2020-21 season, where he won the golden double – the Champions League with Chelsea and the EURO 2020 finals with Italy. The Italian central midfielder has given his verdict on who he feels will take on the mantle after him and be his heir on the national stage.

Rossoneri Sandro Tonali was the first name that Jorginho revealed when asked who he feels can be his successor. Speaking to the press (via MilanLive), the deep-lying playmaker said: “Let me think… Tonali. Now everyone plays two in midfield, I realise it’s not easy”.

That latter half of the Italian-Brazilian’s comment referred to Stefano Pioli’s style of playing a 4-2-3-1 formation, which Tonali has so far not adjusted to very well.

However, his impressive performances against Sampdoria and Cagliari on the first two opening match days of the new season dictated his instrumental presence in Milan’s midfield.

“Today’s kids grow up playing practically only two in midfield, then it’s normal to struggle when you get older,” he said.

Tonali is set to become an integral part of the Rossoneri midfield, modelled upon the legacy of former great Andrea Pirlo.

READ MORE: Milan and Inter score higher than Juventus for their work in the summer market