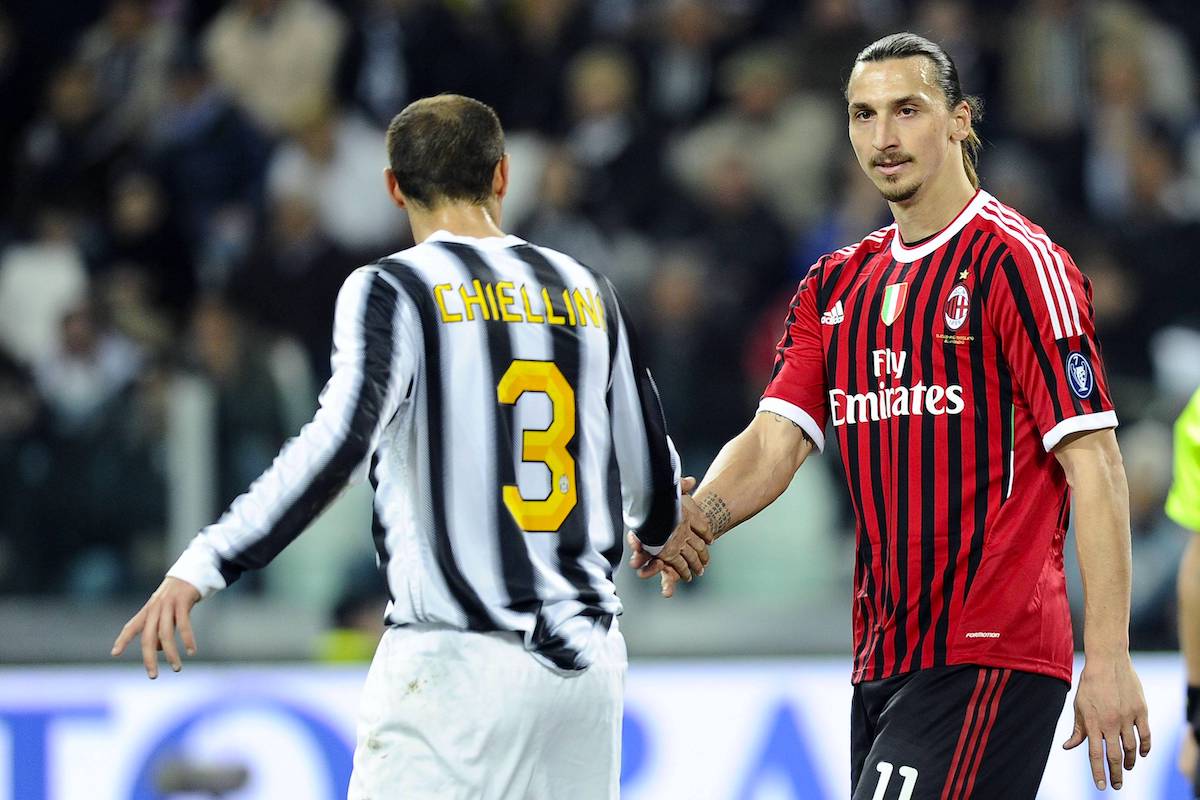 Chiellini discusses relationship with ‘best enemy’ Ibrahimovic: “I was never afraid to face him”

Giorgio Chiellini and Zlatan Ibrahimovic have a long history between them. They first crossed paths as team mates at Juventus back in 2005, which was incidentally Chiellini’s first season in Turin.

The veteran defender has now racked up more than 500 appearances for the Old Lady, while Ibra’s journeyman career has seen him play at Italy’s top three clubs – Juventus, Internazionale and AC Milan, in that order.

Now, in an interview with French outlet So Foot (via MilanLive), Chiellini has spoken fondly of his ex-teammate and current rival.

“I respect him very much, we respect each other. We were team-mates in my first season at Juventus.”

Speaking of Ibrahimovic’s presence on-field and facing him during training sessions, he said: “I was never afraid to face him, I never took a step back in front of him. Even then he had an extraordinary physical strength (at such a young age).”

Ibra spent two seasons at Juventus, before moving to arch-rivals Inter Milan amid heightened tensions due to the Calciopoli scandal – which saw Juve stripped of the two titles they won in 2004/05 (unassigned title) and 2005/06, where the Scudetto was awarded to Inter as they came second in the table.

Meanwhile, Chiellini stayed with Juventus, helping them regain promotion in the 2006/07 season after they were relegated to Serie B.

The Italian defender recalls his duels very well, as they clashed quite often in the Derby d’Italia the following years: “Later when he went to Inter he became the absolute enemy. Then a simple opponent at Milan and in the national team. Zlatan is certainly the best enemy of my career.”