Milan came away with a 4-1 victory against Chievo at the Stadio MarcAntonio Bentegodi;a necessary result after recent performances.

It was a solid performance for Milan that will surely give them confidence heading into the big match against Juventus. There were still some individual errors, however, they did well to score four goals and control the match from start to finish against a side that was above them in the table prior to the fixture.

Gianluigi Donnarumma (5): It was a pretty easy afternoon for Gigio. Chievo did not get many shots on goal and the one goal given up was due to a Kessie error.

Mateo Musacchio (6.5): Was a good afternoon for the Argentine. He was solid at the back and it was a much needed clean performance from him. Did well to get forward as well on occasion and his long ball helped create the first goal by Suso.

Alessio Romagnoli (7): This was the Romagnoli we saw last season. He was very comfortable at the back, kept control of the back line and did not give up any space to the Chievo attack. His positioning was superb.

Ricardo Rodriguez (4.5): Sloppy performance from Rodriguez. In the first half he did well to get forward and his diagonal balls were precise and important in switching up the play; however, defensively he was sloppy. He was caught out of position a couple of times on set pieces and his clearances were far from convincing.

Davide Calabria (5.5): Calabria did well to get forward and create overlapping runs with Suso. Was also strong defensively for most of the match as he covered well when Musacchio went forward. Rating would be higher but he did give up a bad clearance to Birsa in a dangerous area and is lucky the Chievo man didn’t capitalize. Was stretchered off after a nasty knock to the head, hope it is nothing serious. 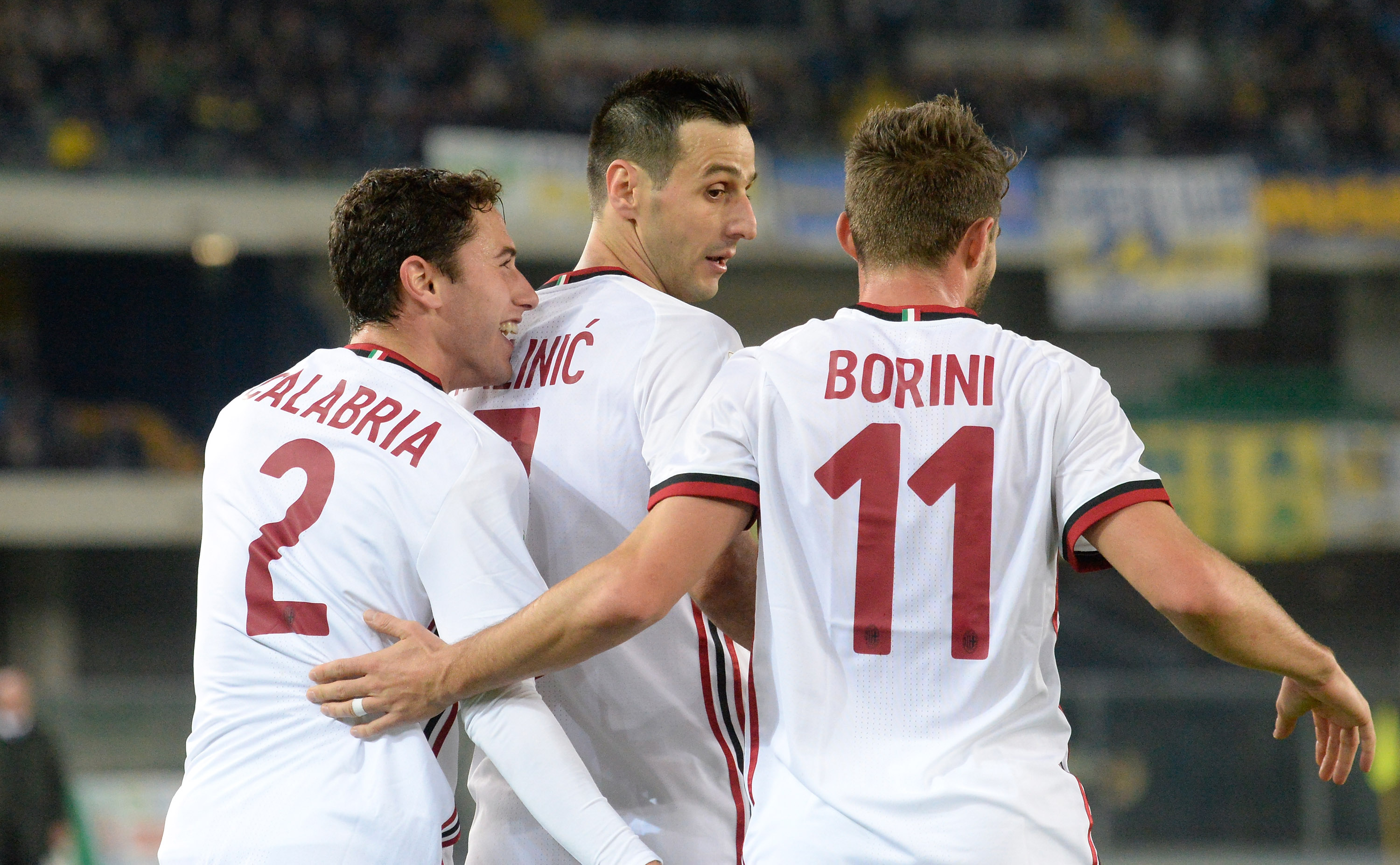 Lucas Biglia (4): Biglia again seemed uncomfortable in possession. At times was not able to control the ball and got knocked off of it too many times. In his position he needs to be much better at controlling the ball and not giving it up in dangerous areas for a counter attack.

Franck Kessie (5): Kessie was on his way to a very strong performance and great rating, but then he gave the ball to Birsa who was able to hammer it home past Donnarumma. Other than that he was very strong, pressed the whole match, was good in possession and created a goal by bringing the ball up the pitch on a counter attack and sending a nicely weighted ball to Calhanoglu. It seems like he lost his legs a little in the second half and became sloppier.

Fabio Borini (5): Was a decent performance from the Italian. He did well to get forward and press Chievo high up the pitch and performed all of his defensive duties well.

Hakan Calhanoglu (6.5): Calhanoglu was very good in possession and showed his passing ability with a great ball to Andre Silva that almost created a goal. The Turkish international was also able to hammer home a nice ball from Kessie to get his first goal in Serie A.

Suso (7.5): As Suso goes, Milan goes. The Spaniard was brilliant tonight. He was back in his natural position on the right wing and involved from the start until he was taken off. He scored a brilliant goal from outside of the box with his left foot and created the second goal, which was an own goal by Chievo, when he sent a nice cross into the box. He also was involved in the fourth goal as he sent a lovely through ball to Kalinic.

Nikola Kalinic (6): Kalinic was quiet for most of the match. His movement was good as usual, but he wasn’t given many great chances. When he was given one through a great Suso through ball, he was able to slot it home.

Manuel Locatelli (6): Locatelli received about 20 minutes of action tonight, and did well. He replaced Biglia and his job was to control possession and see the victory through. He was able to do just that. He looked very comfortable and didn’t play a ball wrong in his 20 minutes of action.

Riccardo Montolivo (N/A): Montolivo replaced Suso in order to give the Spaniard a rest and shore things up defensively. Didn’t play enough to get a rating.

Andre Silva (N/A): Silva came on with less than 10 minutes remaining and had a chance to score, but other than that did not play enough to get a rating.

Vincenzo Montella (7): It was a much needed win for Montella, and while some my think this rating is generous, he was able to get his team to control the match and create some nice moves to get four goals. This performance shows the squad is still playing for him. Needs to get through to them to eliminate the individual errors as stronger teams will certainly take advantage of them.