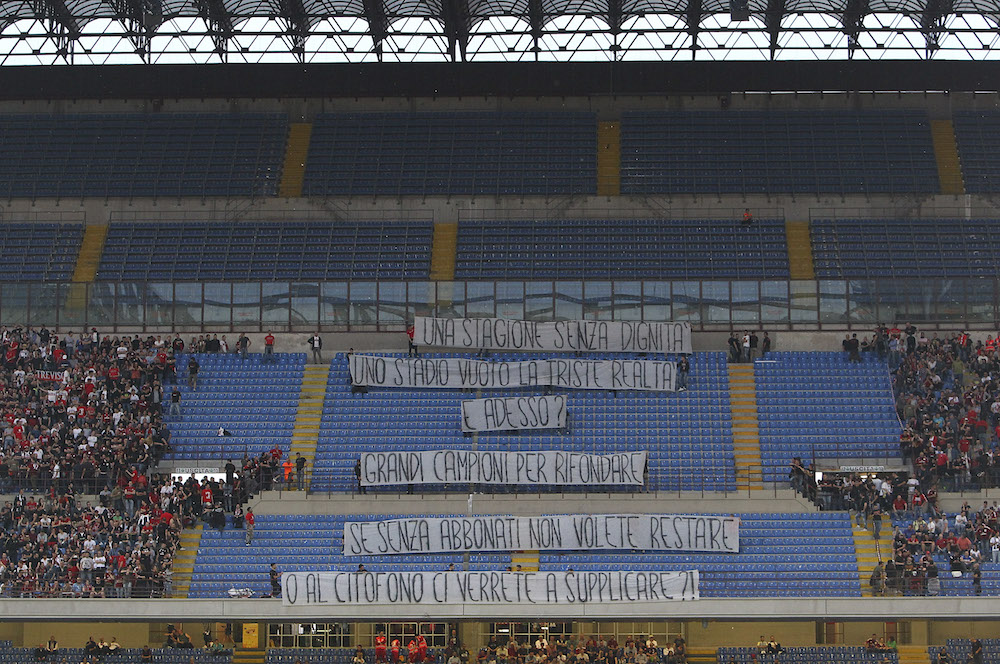 AC Milan’s entire future seems in limbo as the deal to be taken over by a Chinese consortium drags on.

But the worst news of all came today, when reports from China allegedly stated that the group of investors had decided to abandon their purchase of Milan.

Panic across the Rossoneri fan base understandably spread rather quickly, as the Lombardy club are heavily reliant on the cash injection a takeover would bring in order to overhaul their squad and become more competitive.

However, some good news has come, as the advisor to the Chinese group Nicholas Gancikoff has denied these rumours to Gazzetta.it.

Nicholas Gancikoff has denied rumours that the Chinese consortium has abandoned the acquistion of Milan. pic.twitter.com/Gg8tGJcIGg

In addition to this, according to @PietroMazzara on Twitter, Fininvest have also denied that the Chinese group have given up.

The longer the deal takes, the more sceptical and anxious people are becoming.

News spread earlier that Milan have sold just 6,000 season tickets ahead of the team’s first season under Vincenzo Montella. To put that in perspective, there were 27,000 sold at the same point a year ago.

On and off the pitch, everything is on edge for the Diavolo.