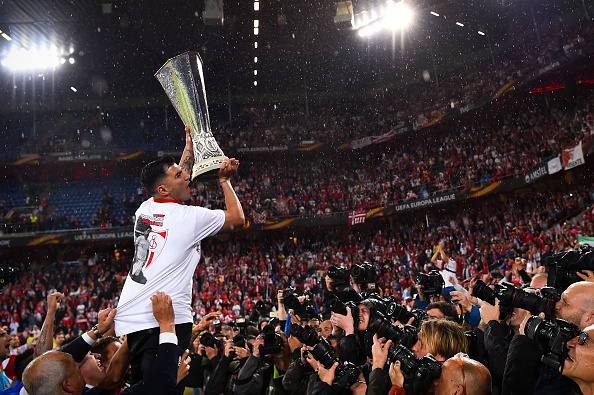 It appears that Milan aren’t just shopping in Seville for Coach Unai Emery.

The latest talk from the rumour mill has the Chinese consortium that is buying out AC Milan… also very interested in reeling in director of sport Monchi, who has been with the Andalusians for 16 years and has done a heck of a job in bringing in talented players on the cheap, resulting in five Europa League titles and a number of qualifications to Champions League football.

Our friends at MilanNews.it have, using data from transfermarkt.com, compiled a short list of the best deals Monchi has made, which have allowed the club to make something in the region of €300m from player profts alone.

Here are some of the highlights:

Sergio Ramos: grew up in the Sevilla academy, sold for €27 million to Real Madrid;

Carlos Bacca: bough from Bruges for €7m, sold to Milan for €30m;