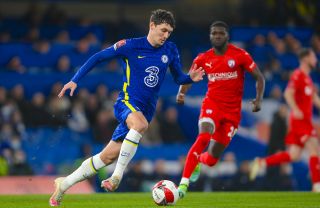 CM: Maldini keen on Chelsea defender with expiring contract but competition is fierce

AC Milan are not just looking at centre-backs who can arrive in January to bolster the ranks but also options for the summer, a report claims.

Calciomercato.com reports that Andreas Christensen of Chelsea is a profile that Paolo Maldini in particular is a big admirer of and his contract is set to expire in June, but it will not be easy to land the 25-year-old Danish defender even if he does choose to leave the Blues.

That is because there is competition from a pair of other top European clubs in LaLiga champions Atletico Madrid and Bundesliga powerhouses Bayern Munich, both of whom might just be able to offer more from a salary point of view.

Nonetheless, it is worth remembering that Milan currently have Christensen’s compatriot and friend Simon Kjaer in their ranks, something that could be leveraged if talks with the entourage of the former Monchengladbach man got more concrete.