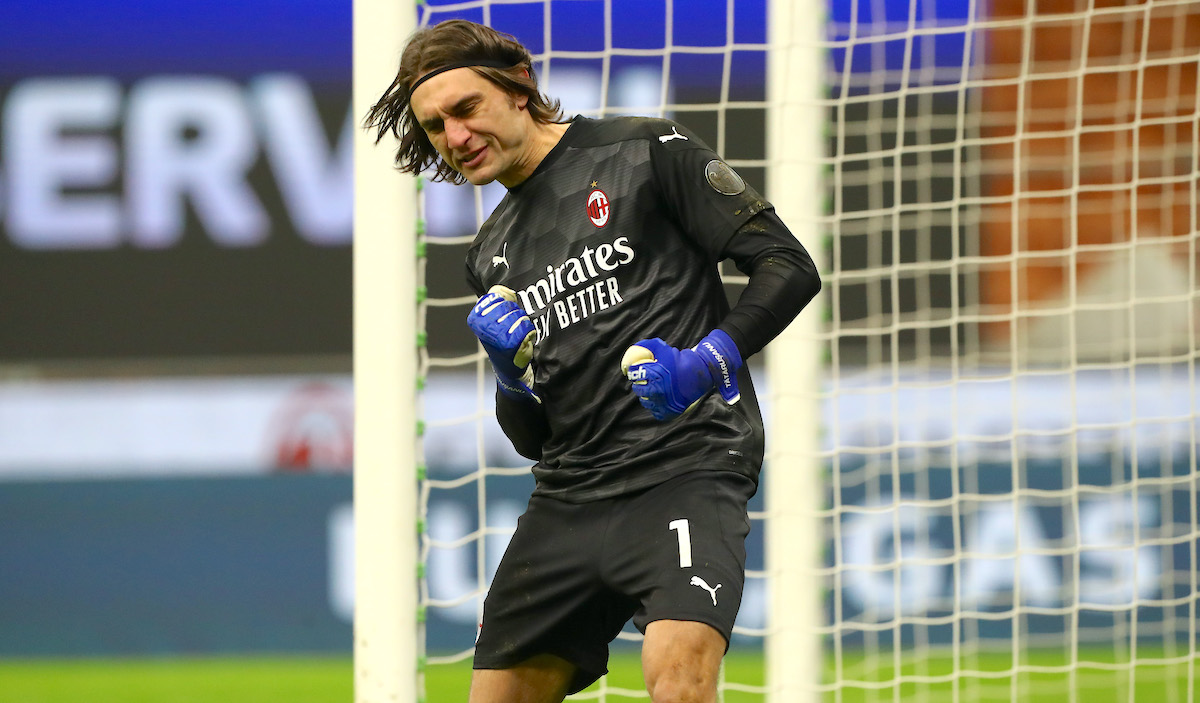 Tatarusanu responds to those who doubted him and expresses confidence ahead of derby vs. Inter

AC Milan goalkeeper Ciprian Tatarusanu is looking forward to Sunday when he will get the chance to play the Milan derby against Inter.

Tatarusanu has stepped in for the injured Mike Maignan between the posts over the past few and will do so again on Sunday in the derby against Inter, a match that always has an extra meaning but especially given that the two clubs are now back to fighting for trophies.

The general consensus is that the Romanian has done well while standing in for Maignan, who should be out for the remainder of 2021 after surgery. On Wednesday night for example he made a couple of vital saves to help earn Milan a point against Porto in the Champions League.

He spoke to Tuttosport two days before the derby against Inter to look ahead to the game but also reflect on how he is currently from a confidence point of view, with his comments relayed by MilanNews.

“It’s true that it’s an important match, which is worth three points, but it is still the derby that is never a match like any other. We are waiting for this match, as our fans and our people are waiting for it. We must do everything to be able to bring home the victory. We want it,” he said.

“Being a team that hasn’t changed much, we know each other better and move forward on a specific path, developing our ideas can and must be our strength compared to Inter. What matters is the victory, not the it matters which of us will be protagonists or not, including myself. It is essential to go to the break with three more points in the standings.

“Who am I most afraid of? Inter are a strong team, it would be unfair to indicate a single player. They have many players who can make the difference. We have to think about facing them as a team as a whole and how to limit their way of playing which, in my opinion, is more offensive than last year.

“It is true that I have not played much in the last two or three years, but before that I have always been a starter and I have played many games. I certainly have a lot of experience behind me. I have never seen myself as a second goalkeeper, even if the hierarchies have said this.

“I have always worked to the maximum aware that when the coach and the team would have needed me, I would have had to answer present. Which is what I did and have proven. Every player can always improve.

“The role of the goalkeeper is special. I’m not so old that I can think I can’t improve anymore and I train every day to the maximum. I’m always very focused in the game and I always try to help my team and to give you security. You must always remain attached to the game at these levels.

“Do you have doubts about me after the Maignan injury? I don’t have time to read this, but it is normal. But I know very well who I am, I know how I train, what kind of goalkeeper and person I am and my team-mates, the coach and my coaches also know it. I am a mentally strong person, my body helps me. I have not had any injuries and I train hard every day. All these components, then, are reflected in what I do in the game.”

Tatarusanu then also talked about the performance of Milan so far this season amid claims from some that they are now in a real race for the Scudetto.

“We can no longer be considered a surprise. It is an understatement. We have shown on the pitch, with the victories that we deserve the position where we are. In the Champions League we have done less well at a ranking level.

“Seeing what we do every day in training, I’m not surprised. They are more surprises for you outsiders. Mister Pioli did a great job also in the various readings of the match, because within the 90 minutes there are several moments to interpret and we know how to do that well.”