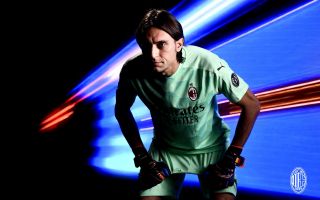 Since Pepe Reina left Milan, the club has been in search of a deputy to Gianluigi Donnarumma.

The most popular choice seemed to be Asmir Begovic who was on loan to Milan for the second half of last season, but his wage demands meant the whole exercise of releasing Reina would be futile.

A lot of names such as Sportiello and Consigli but in the end Milan settled for ex-Fiorentina and Lyon keeper Ciprian Tatarusanu.

Tatarusanu made his first division debut in Romanian football for Gloria Bistrita in a 1-0 win. In 2008 he joined Steaua Bucharest and played there until 2014. It was with Steaua Bucharest that he made his Europa League debut and his Romanian First tier debut. He played a total of 133 games for the club before joining Fiorentina on a free transfer.

Fiorentina signed Tatarusanu as a back-up goalkeeper to Neto. He made his Serie A debut in a 1-0 loss to Parma and made his debut for Fiorentina in the Europa League during a 1-1 draw against Tottenham. However once Montella left and Paulo Souza came, Neto (who was the main goalkeeper) was sold to Juventus. This meant Tatarusanu was the starter for the club.

After two seasons Tatarusanu was sold to Nantes where he was the starting keeper for the 2017-18 season and appeared 37 times for Nantes in Ligue 1.

In 2019 Lyon signed Tatarusanu as a backup goalkeeper where he made just six appearances.

Tatarasuanu had his best few years at Fiorentina. Once he was re-instated at the starting goalkeeper Fiorentina saw their best years in the last decade under him. Tatarusanu kept a total of 15 clean sheets in 37 games. This meant that he was tied 2nd for the most amount of clean sheets with a clean sheet percentage of 40.5%.

He followed it up with 12 clean sheets next season only behind Sczcseney and Buffon in the charts, failing to concede in 34.3% of the matches he played.

Tatarusanu’s main advantage is his height. Standing tall at 1.98 metres (6ft 6 inches) Tatarusanu’s huge frame makes it easier for him to reach when strikers shoot at him.

He also makes himself large when strikers come at him in 1v1 situations, which obviously reduces the gap for strikers to shoot at goal. His positioning and reaction time are astute and this makes him a very good shot-stopper

However, despite his height the keeper can be seen making mistakes during set pieces. His judgment is a little lacking when corners or free kicks are floated into the box.

As a back-up keeper, Tatarusanu will be an apt deputy to Donnarumma. With Milan potentially playing 50 games this season a second choice stopper to rotate could help Donnarumma from fatigue, and he – like Reina – will be able to divulge some knowledge from his experience in many different leagues.