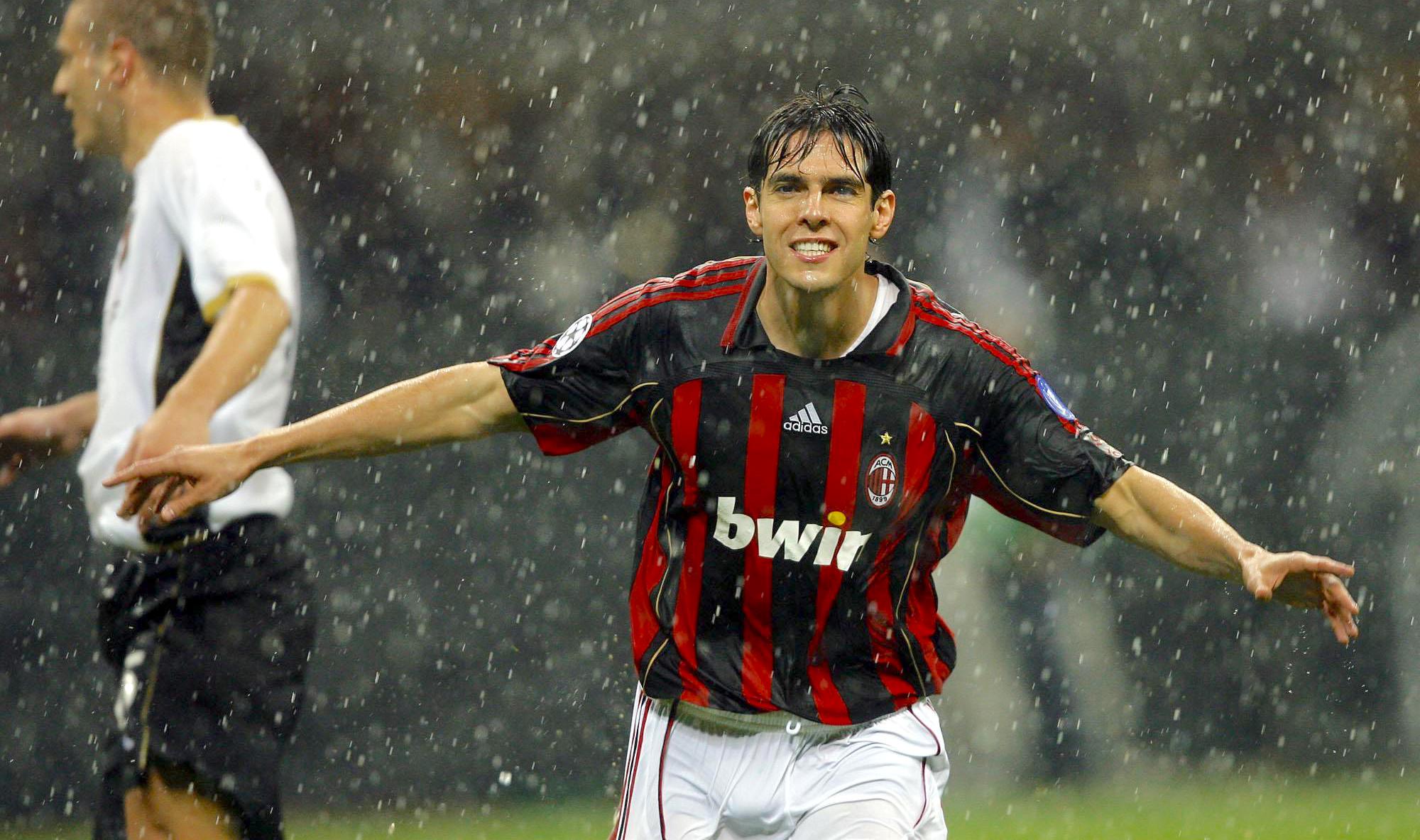 Clinical Crespo and majestic Kaka: The best games between Milan and Man Utd at San Siro

The first leg of the Europa League encounter between Milan and Manchester United at Old Trafford saw the Rossoneri salvage a draw right at the death, thanks to Simon Kjaer’s powerful header.

The second time they face each other in the competition’s history on Thursday night will be at the historic temple of football in Milan. Throughout the years, San Siro has hosted memorable continental matches, some of which will go down in history. Manchester United have been part of five such match-ups.

It was a score line that exactly mirrored what United experienced two weeks earlier at Old Trafford in the first leg – a solitary Crespo goal once again doing the job for Milan at home.

The race to the finals in Istanbul had just gained momentum for Milan, on the back of remarkable showings in Serie A and Champions League.

Ancelotti’s Milan entered the match with a 4-3-2-1 formation – a staple of the Don’s era. Crespo was once again tasked with the duty of poaching in the goals with support from Portuguese legend Rui Costa and new kid on the block and future legend, Ricardo Kaka. Sir Alex’s 4-2-3-1 saw Crespo pitched against Ferdinand and Silvestre in the final third.

Maldini and Cafu took reigns on either wings as full-backs for Milan, sandwiching Nesta and Stam in between – tasked with handling a mix of youth and experience in United’s attack with Ronaldo, Rooney, Nistelrooy and Giggs. The midfield saw Gattuso, Pirlo & Seedorf face Paul Scholes & Roy Keane.

The first half showing by both clubs was in total contrast to what they were capable of. With spicy forward lines and spectacular midfield masters, both Milan and United failed to produce goals, just like the first leg.

It was a half of shared possession by both the teams with very few clear cut chances to break the deadlock, but Giggs and Kaka struck the frame of the goal once each.

Crespo opened the scoring once again in the tie with an accurate header from a Cafu cross.

Ferdinand saved the Red Devils from a Crespo brace when he just nicked the ball away from the Argentine’s path outside the six-yard box, but United never looked like they were overturning the 2-0 aggregate deficit.

Milan went on to face city rivals Inter in the quarter finals before encountering a historic heartbreak in the finals at the hands of Liverpool in Turkey.

If the first leg of the semi-final at Old Trafford was memorable for both the Italian and English giants, the San Siro clash was about just one team – the home side.

A rain-soaked pitch welcomed the teams with no clear favourites and the match evenly poised, although Manchester United did have an upper hand with the first leg victory.

Ancelotti deployed a 4-3-2-1 formation with Kaka and Seedorf operating somewhat as second strikers alongside main centre-forward Pippo Inzaghi. Pirlo was tasked with taking care of midfield proceedings against the likes of Scholes.

Sir Alex fielded an attacking 4-3-3 himself, similar to the first leg – with Ronaldo, Giggs and Rooney once again the main men upfront.

Milan straight away put United on the back foot with a relentless attacking display. Seedorf came close to scoring with a fierce shot, forcing Van Der Sar to make a spectacular spontaneous save. Just minutes later, the Rossoneri equalised on aggregate.

Kaka drilled in an accurate left-footed shot from 22 yards, just 11 minutes into the first half. As Seedorf’s header laid the Brazilian into space just off the 18-yard-box, Darren Fletcher and Nemanja Vidic tried to close him down. In a flash, he struck a sweet shot with his left and it was game on.

As the gods of thunder poured on, Seedorf made it 2-0 twenty minutes later. The dynamic Dutchman controlled the ball past two United players and even as Vidic got a touch, it didn’t matter in the least – he struck a shot into the same corner as Kaka did, from almost the same position.

Milan rescinded any kind of attack from the English visitors, with United’s front three all underperforming, and half-time arrived in a timely manner for them. With comparatively more possession in the second half, Manchester United fans hoped for a comeback but it was all in vain as Dida remained untested for majority of the half.

The 24-year-old Alberto Gilardino came on in the 67th minute and ten minutes later effectively killed United’s hopes of making it to the final in Athens. He sliced the opposition midfield with a wonderful run and finessed in a sweet finish to send Milan through.

United collapsed once again against Milan, as Kaka and company led the Rossoneri to a Liverpool rematch and subsequently the Champions League title – this time in Greece.

Wayne Rooney‘s emergence on the Premier League stage few years earlier and his previous display against Milan at Old Trafford in 2007 – where he banged in the winner in the semi-final first leg – had got Manchester United fans rubbing their hands. And rightly so.

Milan were without previous heroes who had bettered United on such high-profile days as Crespo, Kaka, Maldini at al. had all moved on. But, with superstars such as Ronaldinho, Pato, Beckham and Pirlo in the line-up, few imagined the aggregate score line to turn out as it did.

Milan played with a 4-3-3 line up with a star studded attacking front, as did United with a 4-5-1 formation. For United, their main threat, Ronaldo, was now plying his trade in Madrid in a world-record move. Their legend Ryan Giggs, was absent too.

Brazilian magician Ronaldinho opened the scoring after just three minutes with a volley from just inside the penalty box that sent Van Der Sar diving the wrong way. Although it got a slight deflection off Carrick on its way in, the goal was instrumental in providing Milan a strong grip on the game.

Milan should have pushed United out of the match in the first thirty minutes as Ronaldinho, Antonini, Huntelaar and Pato all squandered potential chances. Paul Scholes levelled the game in the 36th minute with a bizarre attempt that came off his left leg when he actually attempted the shot with his right.

Even though Scholes got one back for United, they were a shadow of a side that emerged in the second half and subsequently the second leg.

The next half saw Wayne Rooney begin his haul of four goals over two legs. His first of four came off a well-placed header in the far post after Patrice Evra found him with a deft cross. As United tried to maintain pressure and go two up, it was Rooney doing damage – once again with a header.

The visitors stunned a roaring San Siro, thanks to Rooney’s brace. Seedorf got one consolation goal back in the final minutes with an outstanding left-footed flick that left United looking confused.

However, Seedorf’s goal would be Milan’s last in the tie. United went on to grab an overwhelming 4-0 victory at Old Trafford in the second leg – Rooney once again the star of the show.

What will tonight bring? Who knows – but history shows it should be full of drama.