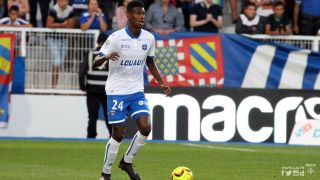 CM: AC Milan in talks with intermediary over deal for Spurs-linked Auxerre star

AC Milan have stepped up their interest in AJ Auxerre defender Jean Marcelin and are currently in talks with his intermediary, a report claims.

According to the latest from Calciomercato.com, Zvonomir Boban and Paolo Maldini are currently in a meeting with some intermediaries of the Sport 11 Arena agency at Casa Milan.

The contacts are for Jean Marcelin, a 19-year-old centre-back from Ligue 2 side AJ Auxerre, and it is believed that talks are now intensifying.

Milan are looking to add another defender this month besides Simon Kjaer, but they are believed to be facing competition from French and English clubs in the race for Marcelin.

The same outlet reported earlier on Wednesday that Spurs are keen on landing the teenager, who has five caps for the French U19 national team.

The talks at Casa Milan will be to establish the economic requirements needed to sign Marcelin and whether it will be possible in the final nine days of the window.