AC Milan midfielder Andrea Bertolacci has been included in the squad’s list for tonight’s Empoli clash for the first time in over three months.

The Italian midfielder had remained out of action with a muscle injury at his left thigh, but has now recovered and wants to justify his €20million price-tag.

Trouble is, there is plenty of competition in the Rossoneri midfield now with Mati Fernandez and Mario Pasalic who have also recovered from their injuries. The Croatian midfielder is the natural replacement for Juraj Kuckawhilst Mati Fernandez can challenge either Manuel Locatelli or Giacomo Bonaventura for a spot in AC Milan’s starting XI.

Vincenzo Montella pushed for the signing of the former Fiorentina midfielder last summer and Bertolacci will struggle to start over the Chile International this season. 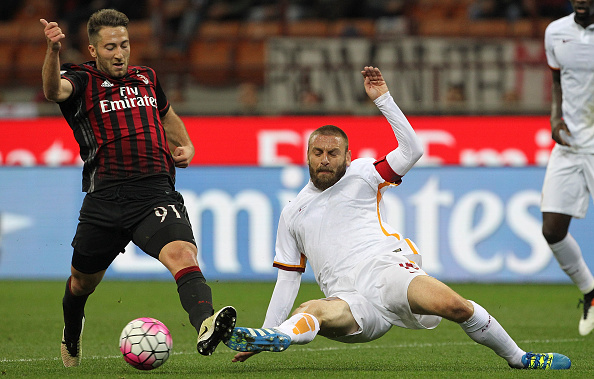 Bertolacci’s main competitors for a spot in the starting XI remain both Pasalic and Sosa who has failed to impress in any position so far this season. Montella deployed the former Genoa star in front of defence during the summer pre-training camp, but Locatelli is doing well in that position, not to mention that AC Milan could sign either Milan Badelj or Cesc Fabregas in January.

With new Chinese owners that are set to complete the club’s takeover in a few weeks time, new signings are set to arrive in the winter transfer window and Bertolacci could be relegated to a bench role despite his recovery.

If, however, Sino-Europe postponed the closing date and new recruits are not going to be signed next month, Bertolacci could be given a chance but that’s the less likely solution at the moment as the club’s acquisition is almost a done deal.  Bertolacci’s AC Milan future is under threat and a departure either on loan or on a permanent deal could be on the cards.