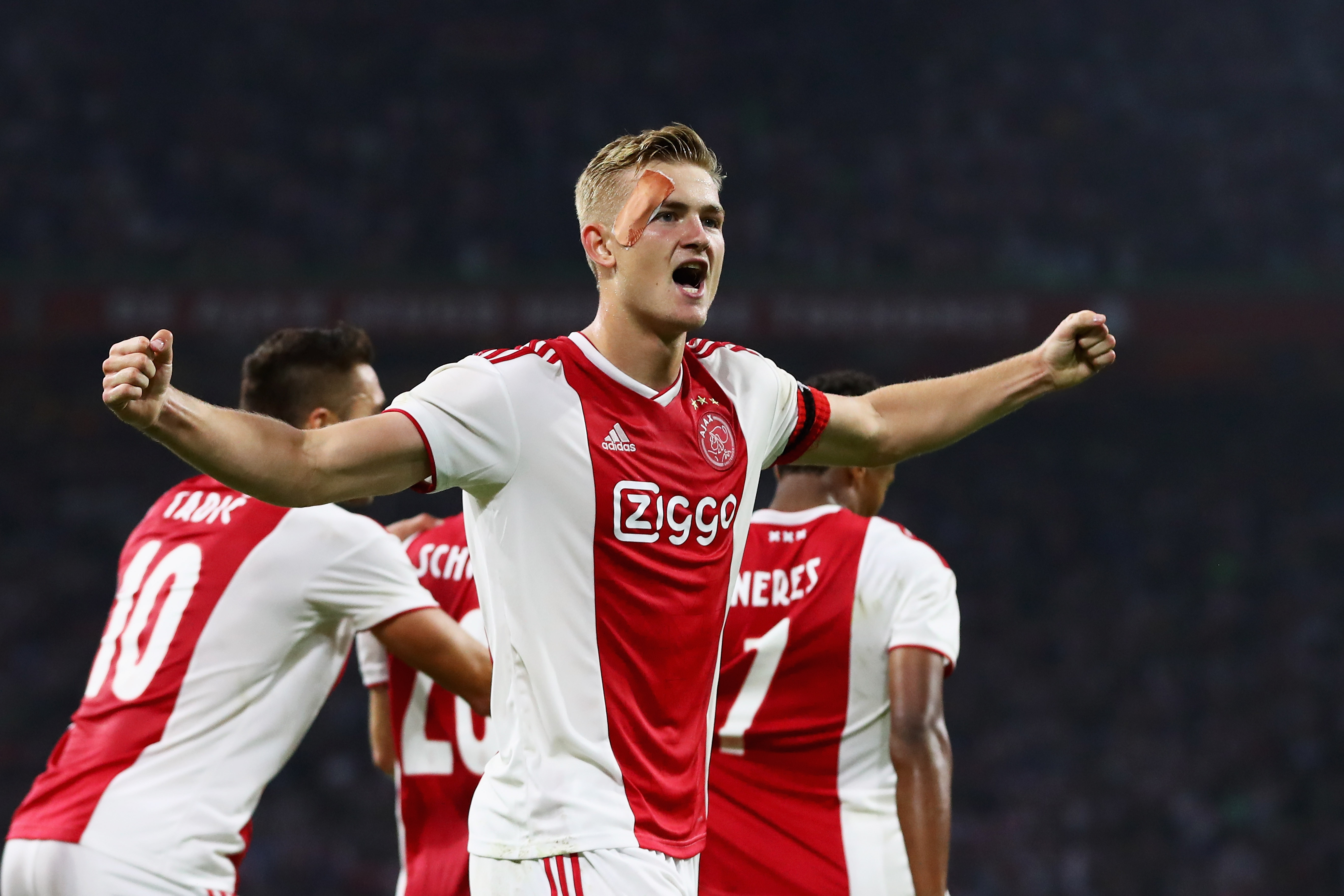 AC Milan and Roma have joined Juventus and Barcelona in the race to sign Ajax starlet Matthijs de Ligt, a report claims.

Premier League duo Tottenham and Manchester United have both been strongly linked with a move for the De Ligt over the last few months.

However, Spurs and United are not along in their pursuit of the 18-year-old, who has also previously been linked with Barcelona, Arsenal and Manchester City.

Calciomercato are now reporting that Milan and Roma have joined the aforementioned clubs in the race to sign the Ajax starlet.

In addition, their report states that the two clubs have ‘opened talks’ with agent Mino Raiola over a move, with the super-agent willing to facilitate a move to either club.

Ajax are expected to try and cash in on the young centre-back, but according to reports they will demand as much as £50m (€60m) for the teenager.