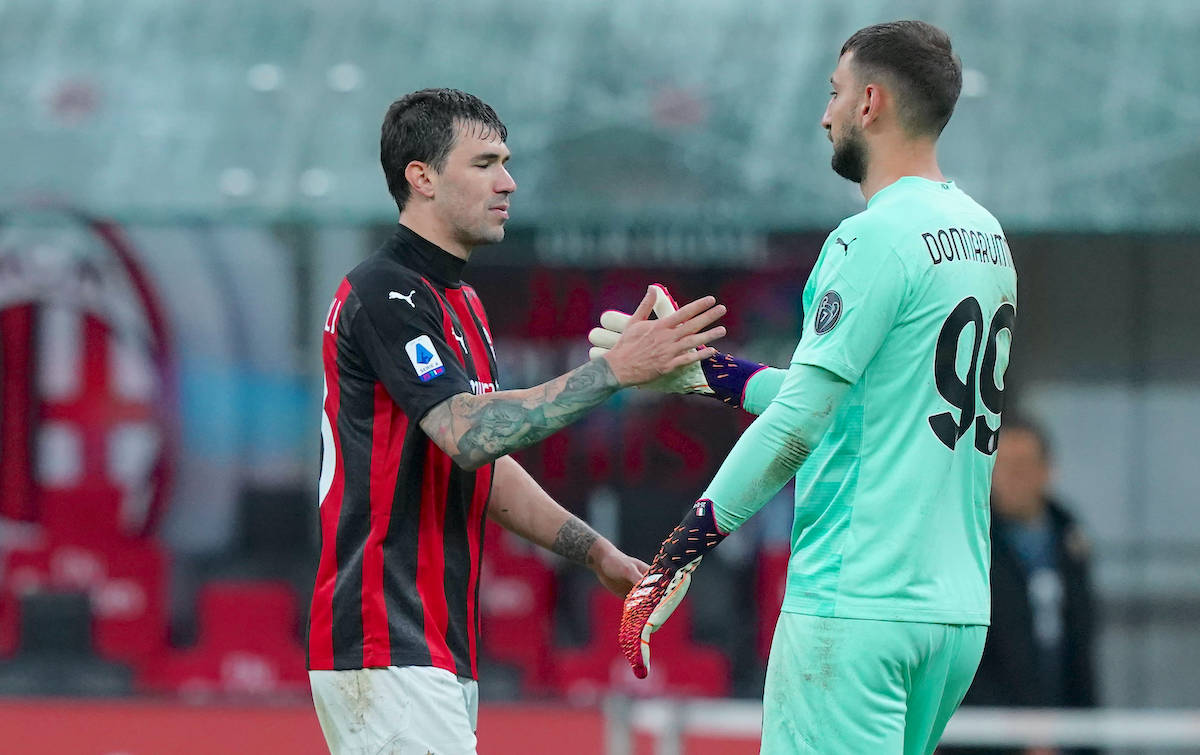 Agent Mino Raiola has offered two AC Milan stars to Barcelona ahead of the summer transfer window, according to a report.

Calciomercato.com write that Mino Raiola met Barcelona yesterday and among the names presented by the super agent to the Catalan club there were two current Milan stars, both of whom face very uncertain futures.

The first player put forward was Gianluigi Donnarumma, whose contract expires at the end of next month and his exit is imminent, especially following the signing of Mike Maignan as his replacement which was confirmed yesterday.

Donnarumma was not the only Milan player put forward by Raiola though as the Catalans were also offered captain Alessio Romagnoli, who is under contract until 30 June 2022 with nothing to suggest that a renewal is imminent or even that talks with Raiola are progressing in the right direction. To avoid losing him for free, Milan could well cash in this summer.