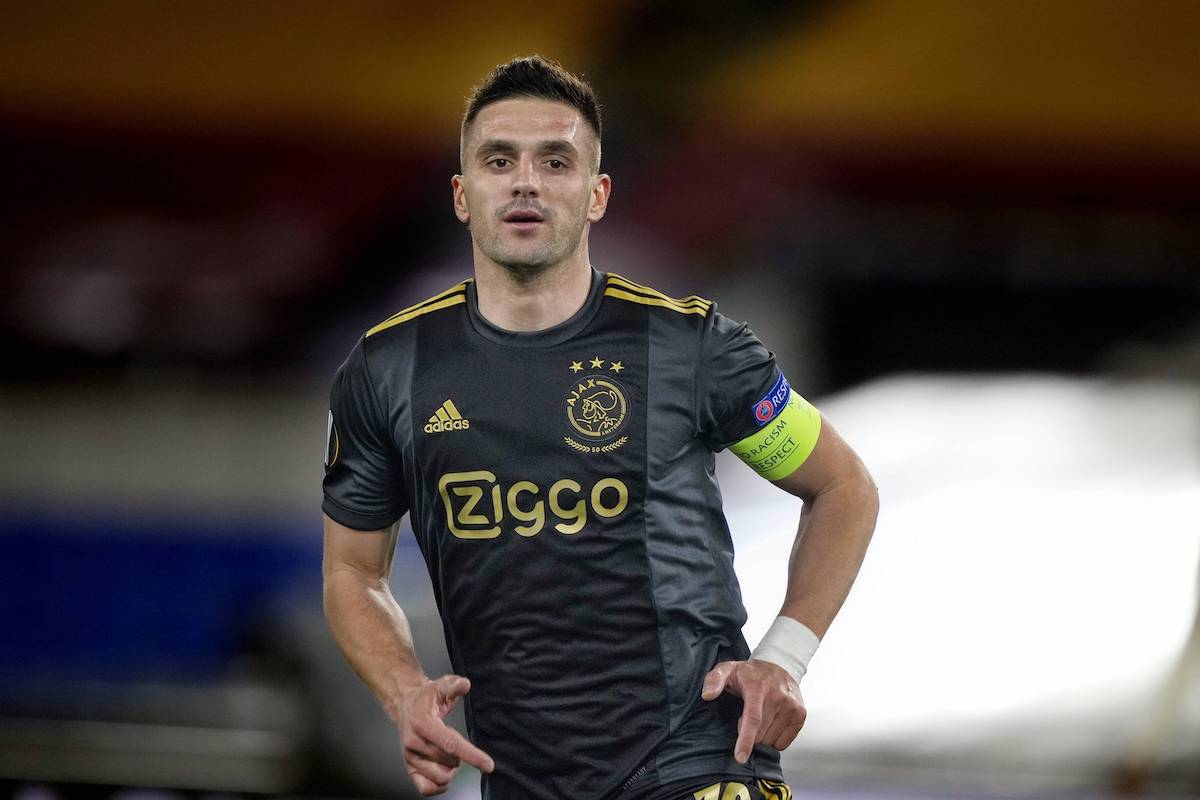 AC Milan are continuing to push hard for the signing of Dusan Tadic from Ajax and the player has already said yes to the move, a report claims.

According to Calciomercato.com, the Rossoneri management are working to give an important signing to head coach Stefano Pioli. Ajax’s number 10 has already given the green light to joining Milan and the contacts over the last few hours suggest a real concrete negotiation could begin soon.

Paolo Maldini spoke with Dusan Tadic’s agent because he admires on the qualities of the Serbia international. The idea is to offer a three-year deal worth about €4m net per season (compared to the €2.3m he now receives), but ultimately an agreement with the player does not worry Milan.

It remains to understand what the intentions of Ajax are regarding their captain. It will be up to the player and his agent to find the best solution with the Dutch club from an economic point of view, but the mission is underway.