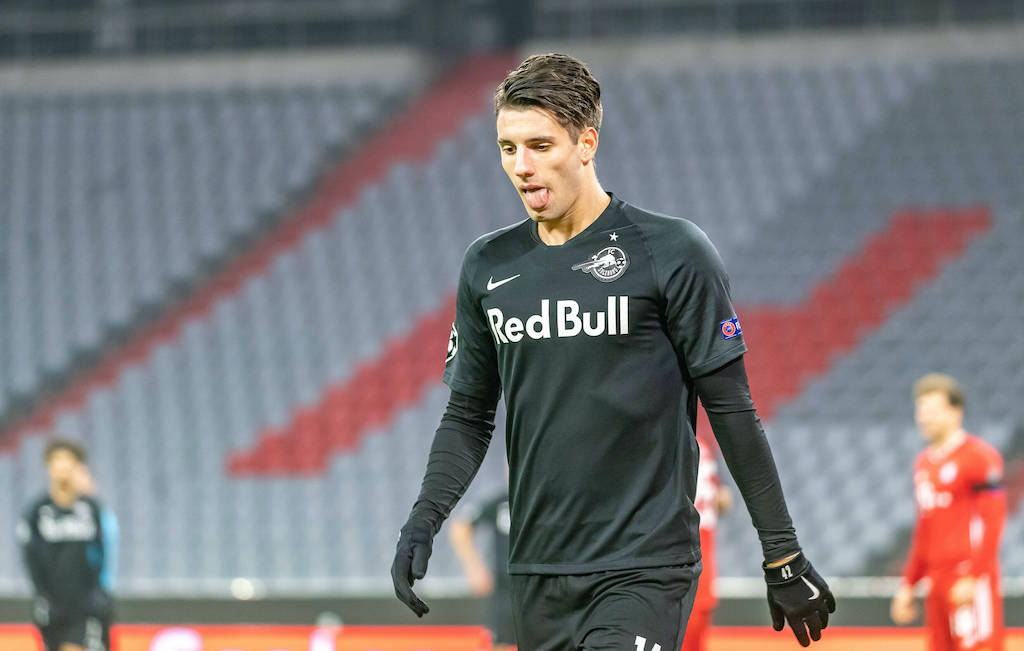 Red Bull Salzburg star Dominik Szoboszlai is continuing to attract interest from the top clubs in Europe, and AC Milan know it is a race against time.

According to Calciomercato.com, Szoboszlai’s performances in the Champions League have certainly certainly not gone unnoticed, to the extent that a number of top European clubs have started contacts with the agency that looks after his interests.

In the Premier League, north London duo Arsenal and Tottenham are interested, in the Bundesliga there are Leipzig and Bayern Munich, in Spain Real and Atletico Madrid, and Milan are still hovering.

As David Ornstein of The Athletic revealed yesterday, there are three interested nuances to Szoboszlai’s €25m release clause…

➤ The amount must be paid in a lump sum within two weeks of activation.

➤ Salzburg will have 20% of the player’s future resale remaining.

➤ Szoboszlai must give notice by 15 December, while offers must reach the Austrian club by 31 December.

Calciomercato.com report how at the moment RB Leipzig are in pole position due to a preferential channel deriving from Red Bull which controls both clubs, but the player will decide so the race is still on.

Milan have enquired and kept contacts alive, but have not yet launched a real offensive as the initial plan was to move for Szoboszlai next summer, but the high competition and the existence of a clause with a precise deadline should force Maldini and Massara’s hand if they do not want to miss out.