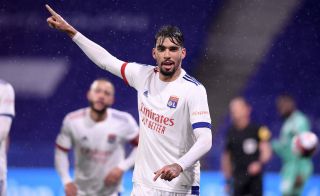 CM: “At Milan I had no friends” – Paqueta finds incredible form at Lyon after being sold for €20m

Lucas Paqueta appears to be flourishing at Lyon since leaving AC Milan and the Rossoneri management can only watch on, according to a report.

Cacliomercato.com writes that in France Paqueta has been able to count on the ‘love and trust’ of his team-mates, while the phrase he uttered during an interview after joining still resonates: “At Milan I had no friends.”

Under the protective wing of Lyon boss Rudi Garcia he has returned to the levels of Flamengo, playing as the technical and creative but also battling element of a midfielder three, scoring 9 goals and adding 5 assists which led Lyon to qualification for the next Champions League, even fighting for the title until the end too.

The 24-year-old was sold by Milan for €20m to be able to not register a capital loss on the almost €40m spent at the beginning of 2019 by Leonardo to sign him from Flamengo, Paquetá has found space as a starter and pulled off the comparisons of being the new Kakà, which had heavily influenced him in his adventure at Milan.

It was evident under his first six months with Gattuso that Paqueta is able to amaze, but the arrival of Giampaolo and Pioli did not help him as their type of play was not suited to the characteristics of the Brazilian. Paquetà therefore took his own path and a year later was the architect of its own success.