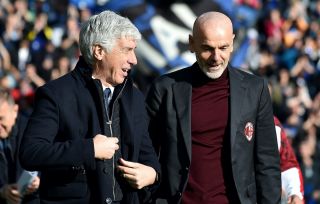 Qualification for the Champions League is a big prize for the three teams fighting for two spots on Sunday, but there is plenty at stake for those teams whose fates are decided too.

As Calciomercato.com writes, Milan face their kryptonite in Atalanta, while Napoli will host Hellas Verona and Juventus travel to Bologna, with the fate of their opponents pretty much all resolved. Despite this, Verona and Bologna still have something to fight for, namely the ‘distribution of TV rights’ that depends on final league placement.

Atalanta risk finishing fourth if they lose to Milan, behind the Rossoneri and also against Napoli in the event of a victory against Verona. The Champions League is already secured, but the difference between second and fourth place is more than €5m: second receives €19.4m, fourth gets €14.2m.

Bologna meanwhile could still finish in the top half, with €5.5m given to 11th but €6.3m if they were to snatch 10th. If, on the other hand, Verona were to win, Bologna would have to look back on an economic level. In short, nothing is decided, and it is likely that everyone will still have something to fight for.