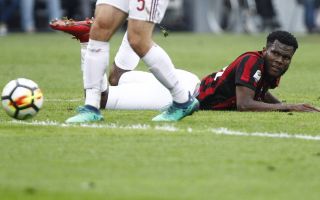 AC Milan are ready to raise their offer to Franck Kessie but they could have secured his renewal at a lower figure, a report claims.

Calciomercato.com confirms that Milan are negotiating for the renewal of Kessie and there is urgency about the issue. The player’s request regarding the pay rise he wants is clear and no one will step back.

Kessie could have had a contract expiring in June 2023 if Maldini had carried on the discussions already started by Mirabelli. There was an agreement with the Ivorian on a pay rise up to about €3m, with an extension for a further year. However, Maldini came in and stopped the dialogue because the importance of Kessie was different from the current situations and Milan even wanted to sell him to Monaco.

Today €3m net per season is no longer enough and it will probably take double to convince Kessie to sign a renewal. The player confidently awaits a phone call and from Milan it filters that the club will get very close to the player’s request. For the time being though, the parties are distant.