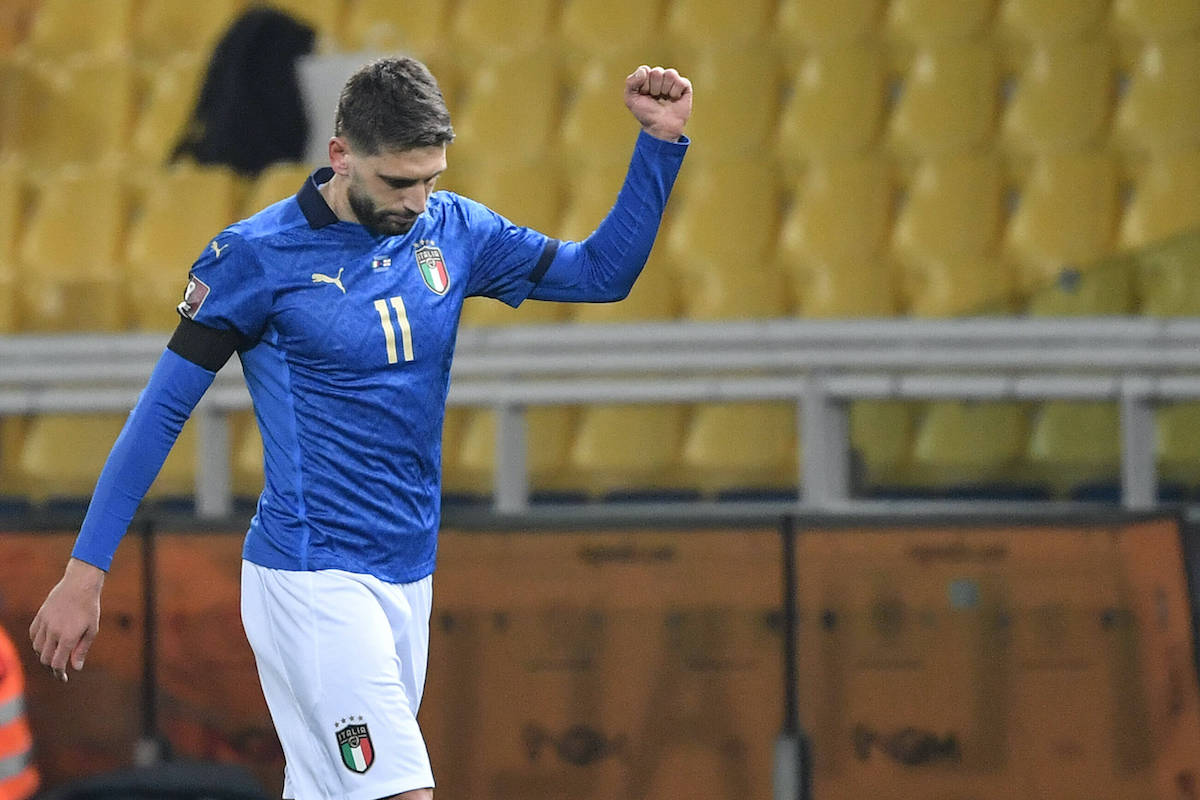 CM: Berardi could finally move on this summer – background on Milan, Inter and Juve’s interest

AC Milan were close to signing Domenico Berardi in 2018, a report claims, as the winger threatens to become another hot name on the market.

As Calciomercato.com writes, Berardi is now a key part of Roberto Mancini’s Italy and was a protagonist against Northern Ireland with a fantastic performance last night, scoring his third consecutive goal for the Azzurri. Thanks to the help of Roberto De Zerbi – the Sassuolo boss – and the advice of Mancini, it seems as though Berardi is close to completing his technical and tactical maturation.

He has 11 goals and 5 assists in 22 appearances in the current Serie A season with Sassuolo, but the time is now coming where he must decide whether to leave is comfort zone to try a move to a big club.

Berardi will turn 27 in August, the right age to try a different experience. While Juventus have been close to including him in their plans on numerous occasions after a co-ownership agreement, nothing ever materialised with Berardi himself stopping the deal going through at one point.

Milan and Inter were also two concrete possibilities in 2018 but back then, the asking price set by Sassuolo was considered too high in relation to performances certainly not as consistent as the current ones. Now that has changed, and a big move could be on the cards.