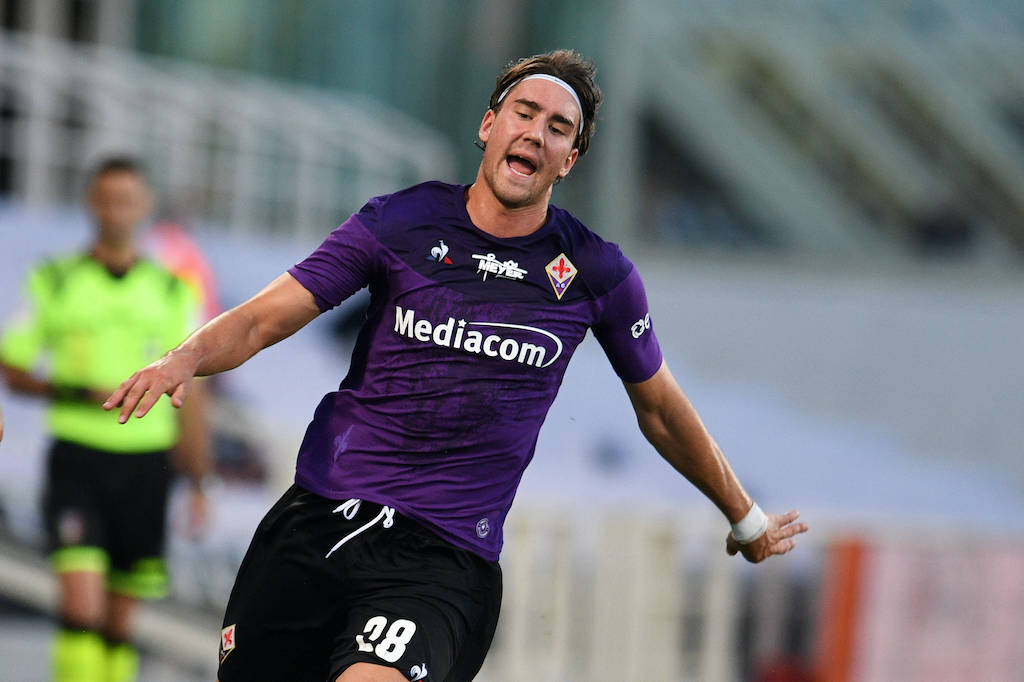 CM: Big boost for Milan as Fiorentina open up to idea of selling €40m-rated forward

AC Milan have been given a big boost as Fiorentina are willing to sell striker Dusan Vlahovic this summer, according to a report.

The Rossoneri are expected to undergo changes in every department this summer – with Stefano Pioli to remain at the helm – but in particular up front, given the doubts over the future of Zlatan Ibrahimovic and lack of a natural No.9 to replace him.

According to a report from Calciomercato.com, Fiorentina are considering allowing the departure of Vlahovic as they are looking to sign a new centre-forward this summer, with the Serbian having played just 117 minutes over the last five games.

His agent Fali Ramadani will talk about the future of his client with Fiorentina, just as he talked about him with Milan. Vlahovic was on Rangnick’s wish list, it cannot be excluded that it may also be on that of Maldini and Massara.

Abroad, Schalke are keen as are other sides in Germany, while Spanish clubs have also been alerted to the potential opportunity of signing the 20-year-old.

Vlahovic has had an inconsistent season, scoring nine goals in all competitions across 30 appearances including six league goals, but Tuttosport (via MilanNews) recently reported that La Viola will not let him leave for less than €40m.