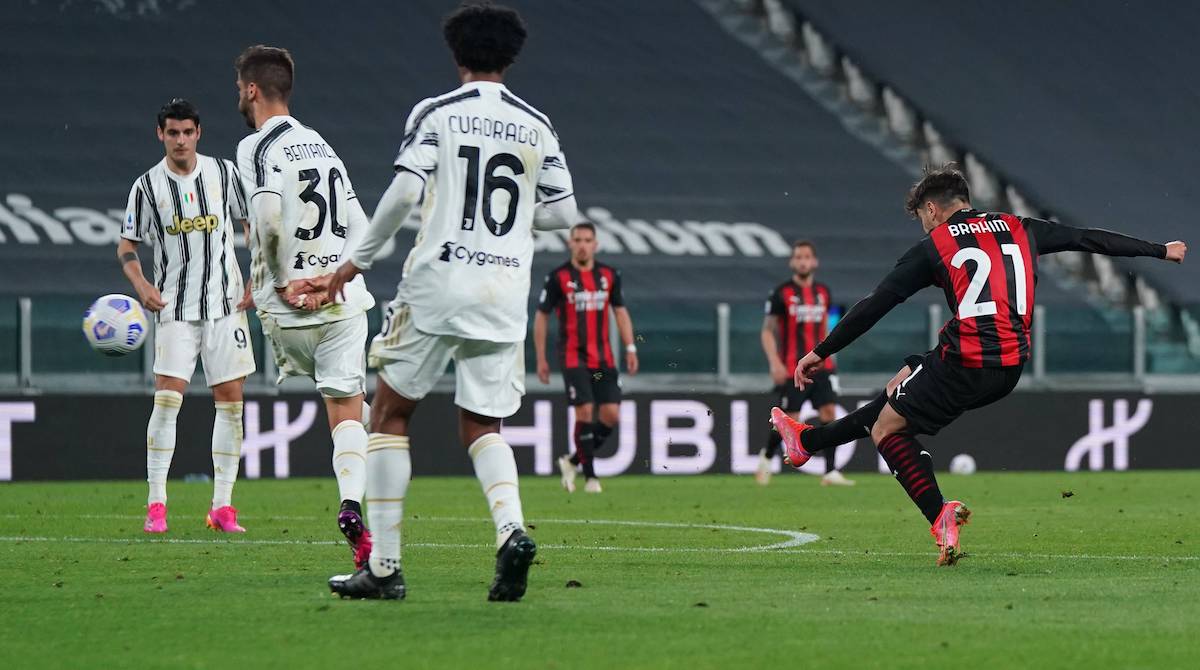 One of Stefano Pioli’s boldest selection choices of the season so far paid off in brilliant fashion during last night’s win over Juventus, a report claims.

As Calciomercato.com writes, Pioli’s surprise move was to play the Spaniard almost as a second striker next to Zlatan Ibrahimovic and he was the man who decided the most important match of the season for Milan in the 3-0 win at Allianz Stadium.

With his driving runs and his changes of direction he literally drove Juventus’ defensive line crazy, scoring a fantastic curling goal before even earning the penalty that Kessie then failed to convert. He notably celebrated both his goal and at the end of the match with his coach Pioli, no doubt as a thanks for the faith he showed.

It is Brahim’s third goal in the league, second in the last two games played as a starter and last night he has 2 out of Milan’s 5 shots on goal, the most touches (32) and a great passing accuracy (17 completed out of 18 attempted). In short, the right man at the right time, with a performance that could be huge for the top four spot.

At the end of the season his future will have to be resolved as it is a dry loan from Real Madrid meaning there is no option or obligation to buy. It will be necessary to negotiate again with Los Blancos if the Rossoneri want keep him, even if there is already a word between Maldini and Real. His stay may also be favoured by the eventual qualification for the next Champions League.