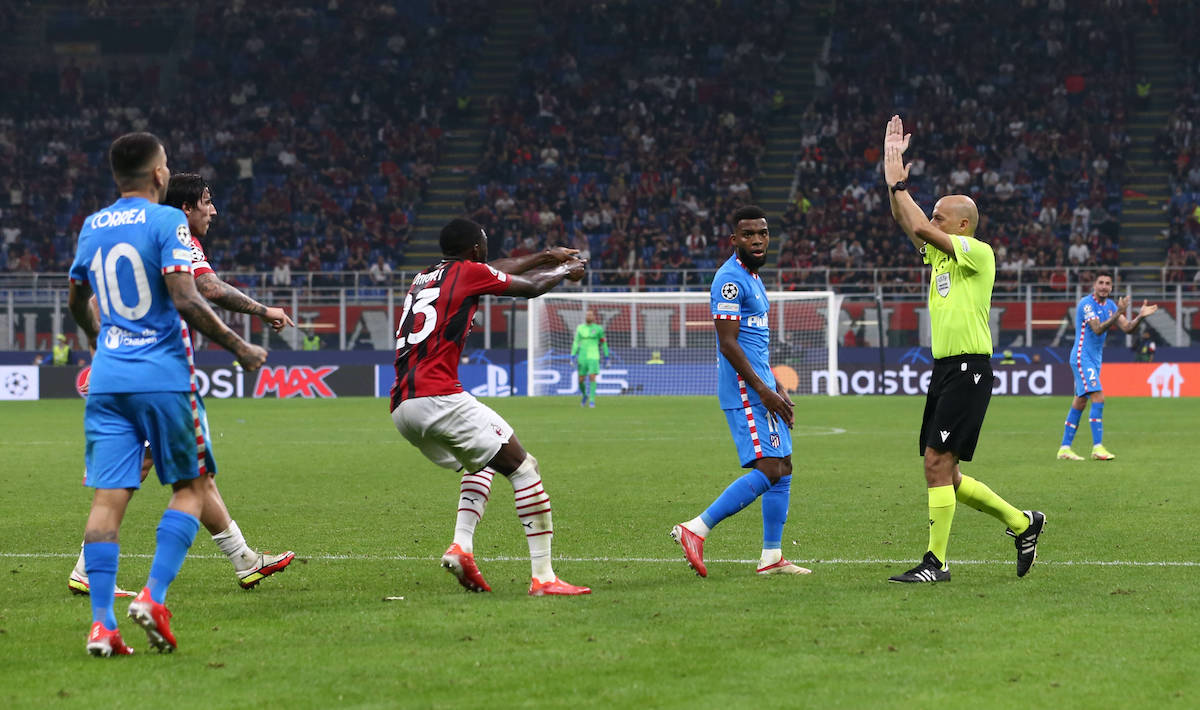 CM: Cakir has form for mistakes in big games – the stats show Milan have a right to be angry

The controversy surrounding referee Cuneyt Cakir after his performance in the game between AC Milan and Atletico Madrid continues.

Calciomercato.com writes that Cakir is seen as a referee with the right experience to lead big games, as seen by the fact he officiated the final of the World Club of 2012 and the finals of the Champions League in 2015.

Last night though, Milan were sunk by the questionable decisions he made in the favour of Atletico Madrid, and it is not the only occasion in which there have been complaints. Back in the 2015 final when Messi, Suarez and Neymar’s Barcelona beat Juventus 3-1, Pogba was pushed over in the penalty area by Dani Alves, but nothing was given.

Roma complained about Cakir’s officiating back in the quarter-final stage against Porto in 2019 when a penalty was given against the Giallorossi after VAR review, but they were denied one that seemed rather evident for Marega’s foul on Schick.

He also had a disaster in the Champions League match between Real Madrid and Manchester City when he made some glaring oversights, and last night he influenced the outcome of the match between Milan and Atletico Madrid.

A light stomp – in the first half hour of the first half – cost Kessie a second second yellow and therefore the early return to the dressing room that was very harsh, but the penalty given to Atletico in the 93rd minute for Kalulu’s hand ball seemed like a shocker.

There was a minimum distance between the two players, and the images of the various replays showed it to hit Lemar’s hand first. Cakir also consulted with the VAR chief Abdulkadir Bitigen – also from Turkey – but neither of them managed to see Lemar’s previous touch. A rather serious mistake, especially now that technology has come to support referees for situations so difficult to decipher with the naked eye.

Milan ended the game with 8 fouls and a balance of 6 yellow cards and one red, while Atletico Madrid commited 11 fouls and gets away with just one yellow card.