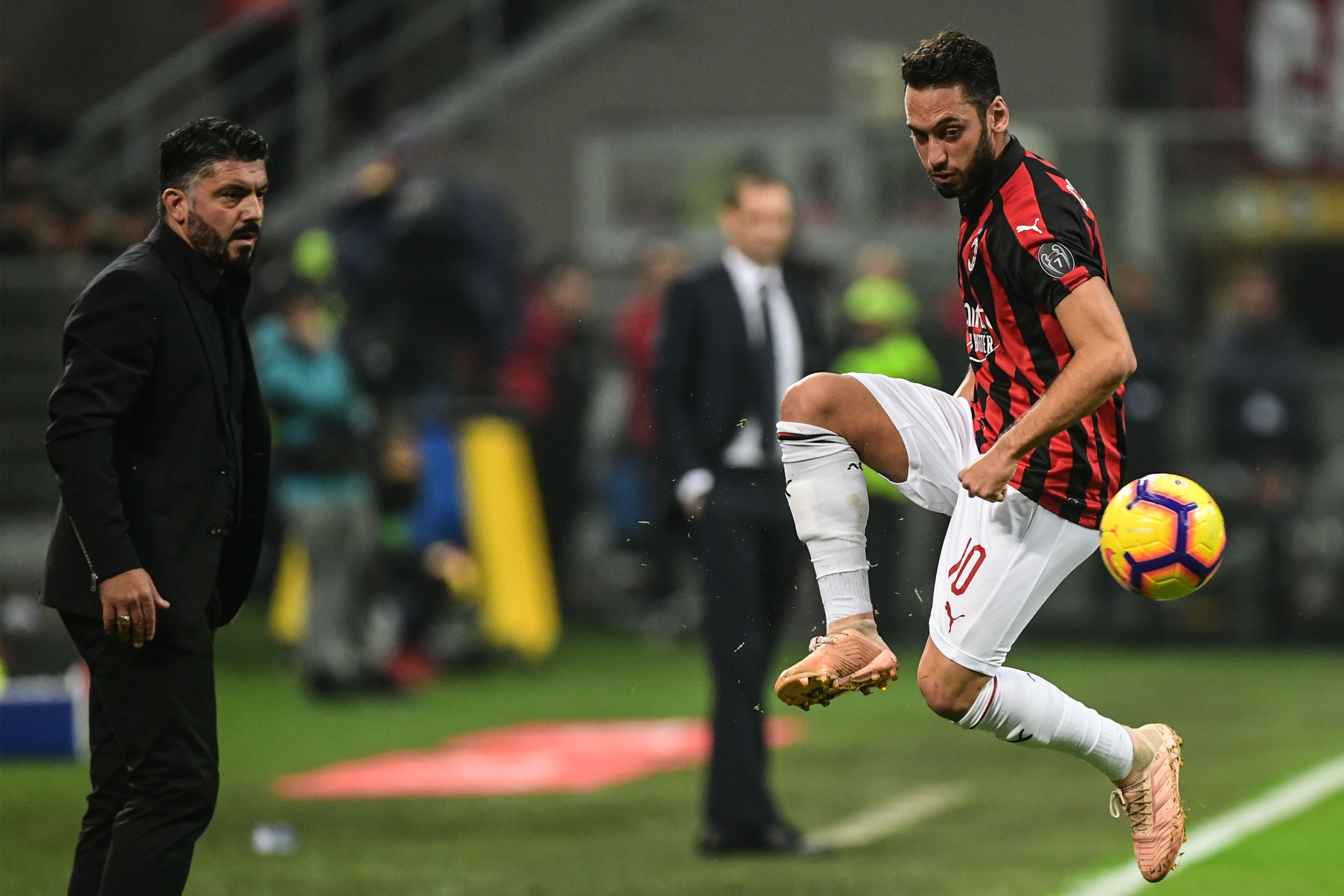 Calhanoglu’s future has been in the centre of attention as of late amid interest from Leipzig, with AC Milan’s sporting director Leonardo looking to sell the no.10.

According to the latest reports from Calciomercato.com, the German side have presented an offer worth more than €20m for the player, which Leonardo has already accepted. However, one obstacle remains: Gennaro Gattuso.

The 40-year-old desperately wants to keep hold of Calhanoglu, but the situation seems to have changed in the last few hours, as the player himself is starting to see a move back to Bundesliga as the right choice.

Therefore, as Gattuso has become like a father to Calhanoglu, having believed in him last season, Calciomercato.com add that a meeting will take place between the two. The Turk will explain the reasons behind his decision, as he doesn’t want to betray the manager by just leaving.